One has arrived at the Munich Strong Beer Festival Starkbierzeit in Germany and thrilled to report that one’s first ever keg was quickly quaffed. Although a brief moment of panic ensued when this thirsty toff chipped her nail on one of their humongous glass steins. Clearly NOT designed to be held with one’s little pinky cocked, and best consumed delicately with a straw or indelicately holding the glassy giant with two hands.

Before setting off for my Munich assignment, emmaheaven.com kitted out little ol’ moi with the traditional Bavarian Dirndl dress. Not this stylish Sloaney Pony’s usual attire, but being an open minded creature, prepared to give anything a go, this flirty Fraulein was quite thrilled to see it created a fabulous silhouette. It made one’s waist look positively tiny! And with the right push up bra one had a cleavage rivalling Dolly Parton’s. It was positively spell-binding to see one’s embonpoint so pert and standing to attention like a military parade, as it usually requires a lot of help in the scaffolding department. 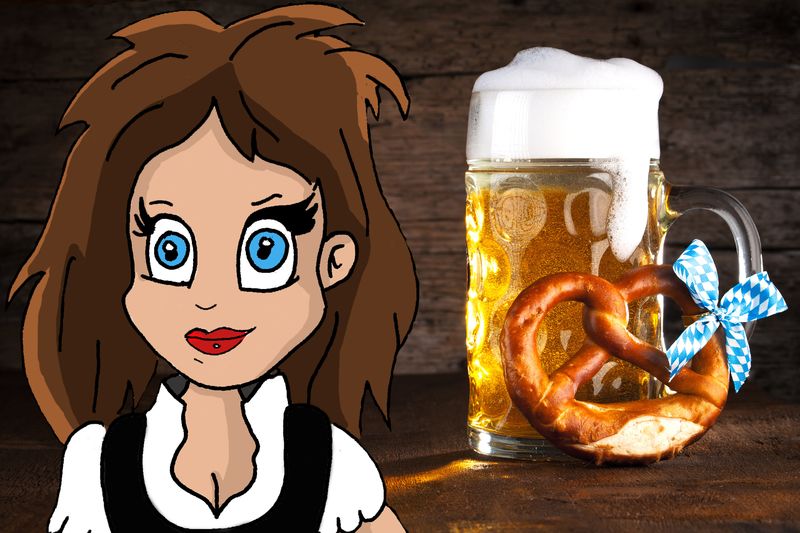 When one heard about the Oompah band headlining the festival, this Chelsea-chocoholic got rather animated with a flashback to one’s favourite childhood film; Charlie and the Chocolate Factory. So you can imagine the initial shock of NOT being greeted by small orange folk sporting green wigs and striped overalls. And no sign of Willy in his purple hat either!

Instead one was treated to a quite delicious sight of some strapping, bearded chaps wearing traditional dress of *lederhosen* playing various musical instruments. With not a chocolate bar in sight! They were a friendly bunch, one even let me have a tinkle on his accordian and another a hearty blow on his tuba! Which makes a refreshing change from a nightly blowing of a steaming hot cup of cocoa.

The Oompah chaps launched into a rather personal serenade in honour of my presence, whereupon one was hoisted up onto a wooden table to get down and get jiggy with the rowdy festival goers. Unfortunately as one threw caution to the wind, dancing like no one was watching, one’s Louboutin got stuck in the crack of the table. 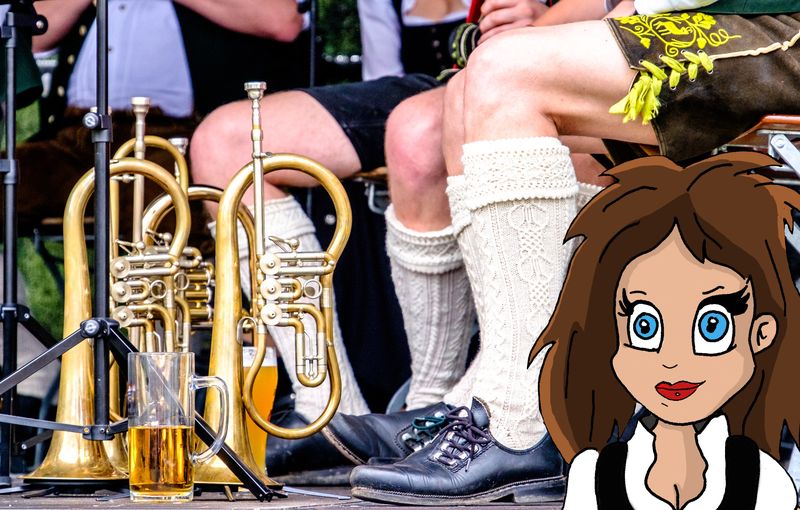 Further embarrassment was in store after falling ‘A over T!’ exposing one’s frilly Agent Provocateur knickers (under the delightful frothy Dirndl frock), to the world and his hausfrau. Thankfully, the stiff upper lip us Brits are famed for saved the day and blushes, before quickly composing oneself to resume festivities with aplomb!

Next on the festival to do list was to sample the local cuisine. Unaccustomed to queueing - travelled light, left staff at home, note to self: don’t make that mistake again - and for an extraordinarily long time, the wait was rewarded by being presented with a cardboard box containing a large white sausage and giant pretzel.

The white sausage (Weisswurst) was meaty and tasty in equal measure; whereas the pretzel was reminiscent of Daddy’s Bentley’s steering wheel - it was devilishly complicated to eat, and so bone dry that the next stein was downed by one and ‘in one’ with gusto!

Top tips and advice for surviving the *Munich Strong Beer Festival Starkbierzeit* whilst looking fabulous are: 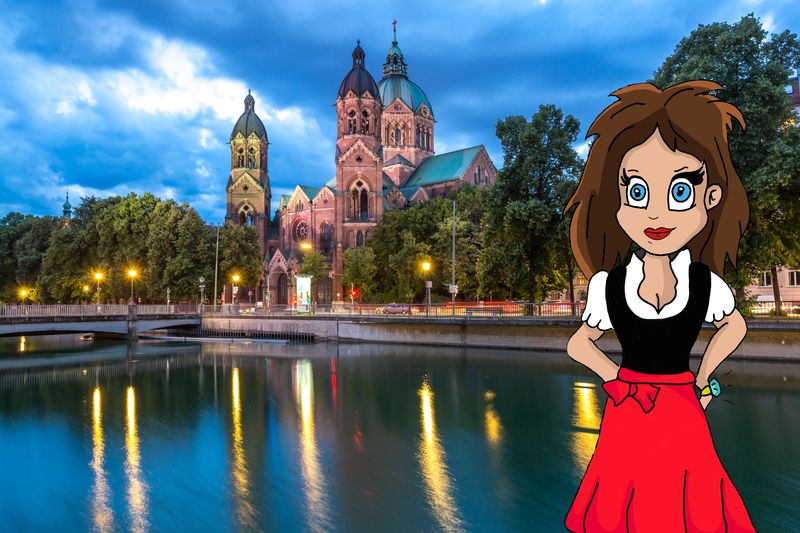 Overall, to sum up final thoughts and feelings on the Munich Strong Beer Festival Starkbierzeit:

Beer: After just one stein, taste buds tantalised and tormented to such an extent, that intoxication was swift, leaving one barely knowing the difference between a budget-friendly Star Bier and a budget-busting Remy Martin Louis XIII Cognac. Although the Amex bill spotted the difference. And the accountant was ecstatic at the temporary decline in one’s tastes and spending habits...

Food: Although chowing down on a big white sausage was a delight, next time one will venture further afield to sample more of Munich’s exotic offerings. After the Oompah misunderstanding, am reassured tho’ that no bratty children are harmed or used to make their infamous ‘Bratwurst’. Whilst not exactly child friendly, one’s not a cannibal dahhlings! 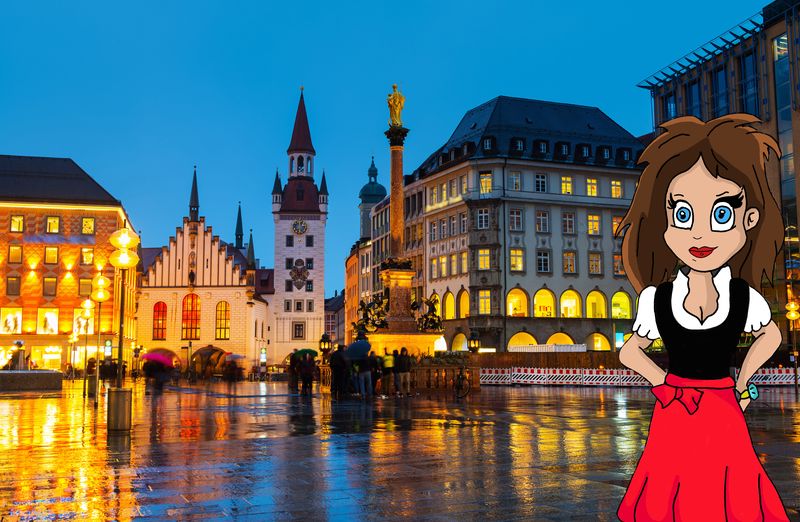 Worth another date in the social diary? Absolutely. Just for the dancing alone, to let the hair down, and to whip off one’s Alice band with alacrity! And now that our favourite sport of chasing a no longer eligible ginger Prince down the Kings Road has come to an end, shimmying and shaking on a rickety bierkeller table with complete abandonment is a recreational activity not to be sniffed at!

With a heartfelt ‘tschüss, auf Wiedersehen, au revoir’ darling Munich to you and your delightful beer festival, I sign off for this month, to head off on my next secret mission…Tally ho! Toodle pip!