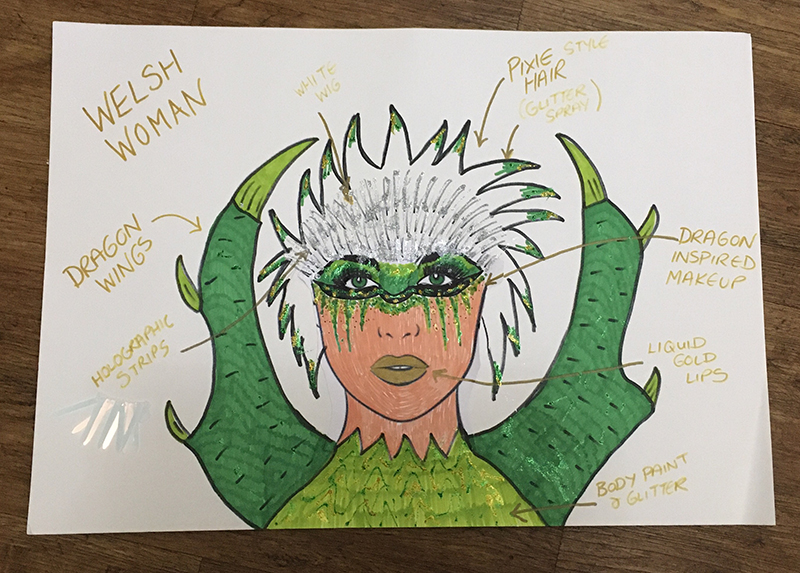 I thought it was about time that Wales had its very own superhero - but one more suited to these times! And you know me, I have a wicked sense of humour, so my superpower would be very tongue in cheek, and might be considered a little bit controversial, but hey ho, we’re a unique magazine and we like to mix things up a bit/lot!

My ‘bonkers brain’ was at the ready, just waiting to unleash my superhero - Welsh Woman - on the world.

So exactly how was Welsh Woman created?

First up, I chose my super power, which is an inbuilt ‘bullshit detector’. The Urban Dictionary defines it as “a hypothetical mental device that represents a person's ability to detect deception, dishonesty, corruption, fraud, insincerity, hypocrisy and falsity in others”.

Dragon wings were next - obviously! But not in the more traditional red; I chose green, which would be in keeping with the famous Tom Jones song, the Green Green Grass of Home.

A white pixie style wig in homage to Celtic folklore, which would be sprayed with green and glitter sprays...green for the song, and glitter as in pixie dust, to represent the magic of the magazine.

Dragon-inspired makeup consisted of a palette of greens and golds, with lashings of glitter to make it even more magical and mythical.

The Bullshit’ Detector itself - placed on the forehead - which was made up of crystal effect strips, harnessing the power of crystals and minerals mined in Wales.

And to complete the look, a glittery, dazzling decolletage, as Welsh Woman likes to sparkle and shine.

Boy did Beth have her work cut out. However, as per usual or should we say, it’s not unusual (as Tom Jones would say!). Beth did an incredible job, and along with the rest of the Dream Team, brought our very own Welsh superhero to life. 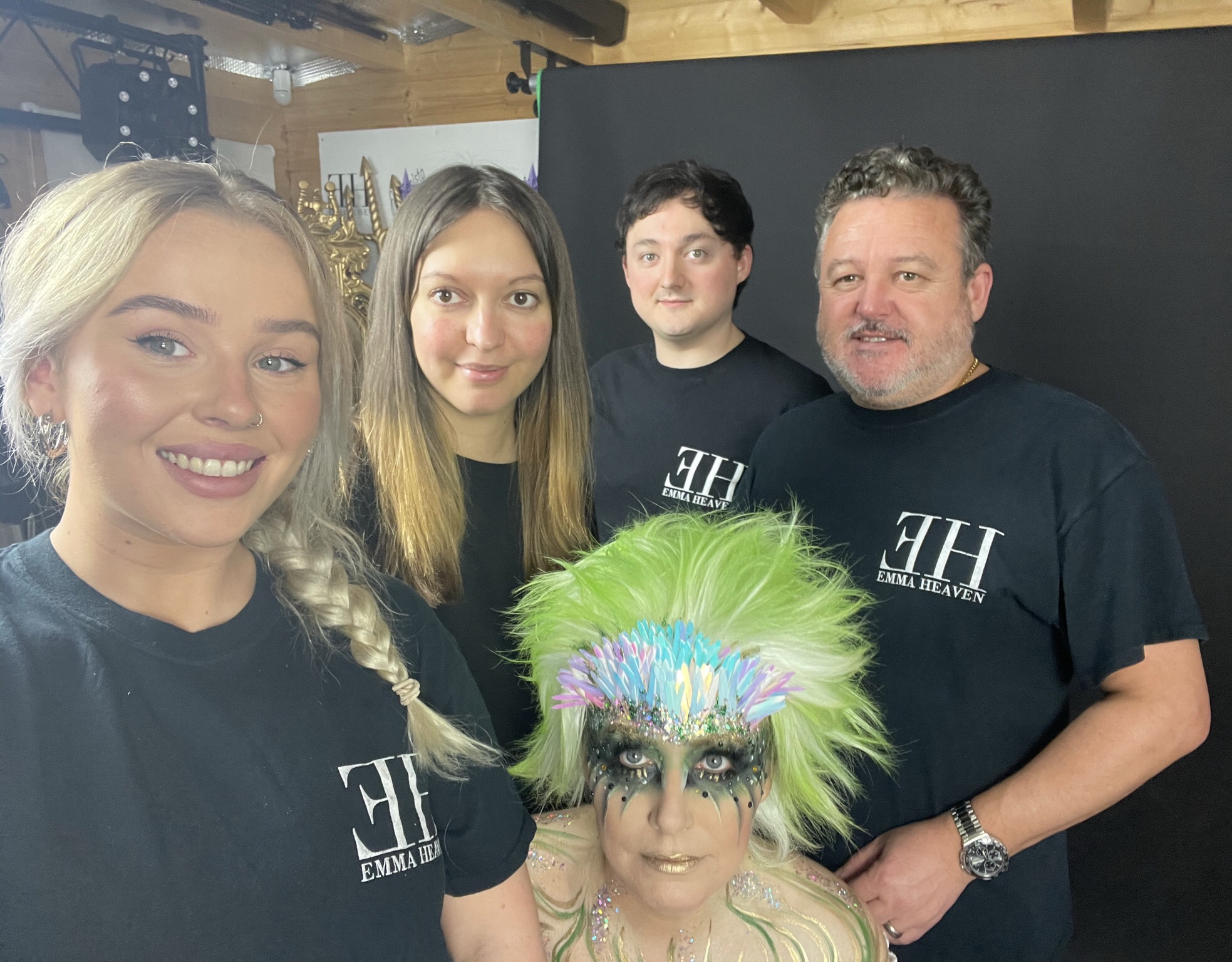 “And now we invite you behind the scenes to see this month’s shoot: Welsh Woman.”

Thank you to everyone on The Dream Team for creating this issue’s shoot and video.