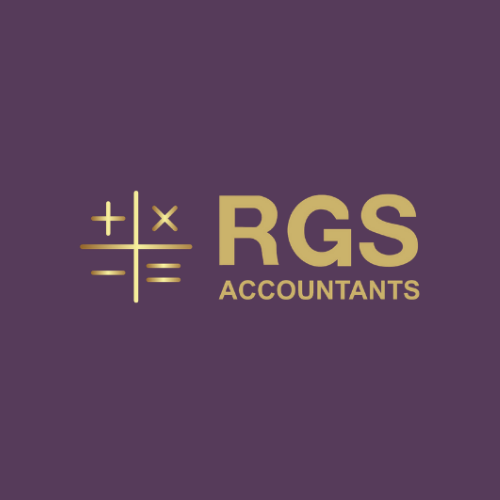 I am a qualified accountant in the UK. I am 39 years old and started in the world of accountancy in 1999, aged 18.

I come from a family of restaurant owners, which is where first encountered data entry and VAT returns at the age of 16. I’d been a waitress in my father’s business since I was 14, however, my ‘working life’ started at 11 with two newspaper delivery rounds.

Coming from an Asian background - I am mixed race: English & Bangladeshi - you generally work without pay as you are helping your family business; so to earn some money I did the newspaper rounds.

I am a lover of education and studied well to achieve my grades. I went on to college, with the intention of going into law. After successfully passing my A Levels, I started a law degree course at the University of Sussex. It is a stunning university with a peaceful campus. Although I really enjoyed being on campus, with its fab library and readily made friends in my first term, I decided I wanted a ‘year out’ to really think about what I wanted to do, so my university place was deferred to the following year.

During that year out I needed to ‘do something’, so I applied for an office junior job. The first interview was within a solicitors practice, and the second in an accountancy one. At that point I had never thought about accountancy as a potential career.

I went to the interview solely to secure an office job and as a career entry point. It would not be my end point as I knew I would work hard to achieve more. I wanted the opportunity to show everyone that my contribution to the workplace would be an asset and more valuable than expected.

I attended both interviews, saying a prayer that whichever job I was offered I would take, and that this would be my divine direction! After a few days I was offered the job of office junior at the accountancy practice. I should then say at this point that the rest is history - but it wasn’t.

My role involved dealing with the post, running errands and getting the four directors their lunches, and serving the team of 15, teas & coffees morning & afternoon. I enjoyed my position, and being an organised person, I used my initiative to update both filing rooms, containing in excess of 1000 files. This was my domain!

I got on with it and I took pride every time I went there as it became increasingly organised, labelled, making it easier to find active and archived files. However, within three months of ‘mastering’ that job, I had completed all my tasks by midday, leaving me with three hours of ‘idle time’ after lunch.

Rather than be bored with nothing to do, I approached one of the directors to help them to prepare the accounts. This was the definitive start of my accountancy journey. And it was great.

I learnt bookkeeping, trial balances, analysis and preparing accounts for approval. Within 3 months, I was offered a position of trainee accountant with a study package. I did not have to think twice. Besides working full time, I studied in my own time via distance learning.

In 2001 I decided I wanted to learn more about accountancy, so I moved to a local accountancy practice, where the job added a new area - auditing. I was interested in this as I enjoyed interrogating and testing financial information, plus I also wanted to travel. Unfortunately auditing opportunities in that job turned out to be few, so I moved to a new position, with a study package and a jump of just over £2k a year. I was overjoyed!

I started auditing in my new job straight away, travelling all over the UK to some very large national companies, completing audits as part of a team. For smaller clients I was the sole auditor.

I learnt a lot during my two years with this practice, and I soon learnt that life is learning and building on my skills and experience, absorbing everything I can and observing.

In 2003 in my personal life, I met my husband, left my job to get married and we spent 6 weeks in the Gambia (where he is from and had our wedding there too). When we returned to the UK, we resumed our job search, where I landed an accountancy position in a national practice.

During this time, my husband and I had planned to start a family and I became pregnant. I told my employer. I was quite naïve to the whole pregnancy process and statutory maternity pay and left the job following a chance meeting with a lawyer who I had carried out some work experience for during my year out of university. He told me that he was looking for someone to join his Sole Trader practice. Not knowing precisely what this would entail, I said it would be a dream and I would show him what I could do for him - in a month - for free!

Thinking about it years later, it was a risk to take but I knew I would bring him value and he would keep me on. I stayed five years. There is no specific title I could give myself for my time at the solicitors firm as I multi-tasked, doing the accounts, payroll, VAT, giving legal help advice to clients, attending court as an observer with counsel, audio typist and much more. They went on to become my client when I first opened my practice, and still are to this day.

What I realised from 2003 to 2008 is I needed variety in my work; I loved learning new things. I wasn’t stuck on titles, I would do anything. In 2008 I became the HR & Legal Services Manager for a global green technology company and later assisted them in finance and shareholder relations. I learnt a lot with this company and I also had the opportunity to travel to America as a project finance manager.

In 2010, I became a manager in another technology company, until I decided to set up my own accountancy practice in 2013; they also became one of my first few clients (and still are). My duties with them included administration, human resources, management of a team in India, and accountancy.

Since opening my practice in 2013, I moved to Swansea, Wales; and in 2015, I opened an office in Ystradgynlais, Swansea. Since then, I have grown my practice to having clients in England & Wales, from individuals to landlords, to limited companies and charities, across a wide range of sectors.

My services intend to offer a complete service to clients from payroll, accounts, management reporting, ledger control, VAT, tax returns and much more!

I love working for myself and love the people I meet along the way - established and businesses. Most of all, I love being able to work like a team member, to help build businesses, improve their controls and cash flow, as well as general management.

Where and when I can, I will always help my clients in other areas too, making sure they receive excellent service and value for money, every step of the way.