Just as a horoscope is a short prediction of future events based on the relative positions of the stars and planets at the time of a person’s birth - and we make no judgment if you do or don’t believe. Much...!

So with this in mind, we at emmaheaven.com have decided to consult with the Fashion gods (yes they do really exist) to see what fashion and beauty looks are essential for your star sign every month.

Failure to comply with your ‘fashionscope’ may result in us calling the fashion police to arrest you for a sense of humour failure and inability to take the mick out of yourself and your wardrobe!

Fashion and beauty should be fun - life’s way too short, so let’s get a grip and don’t take it - or ourselves - too seriously! 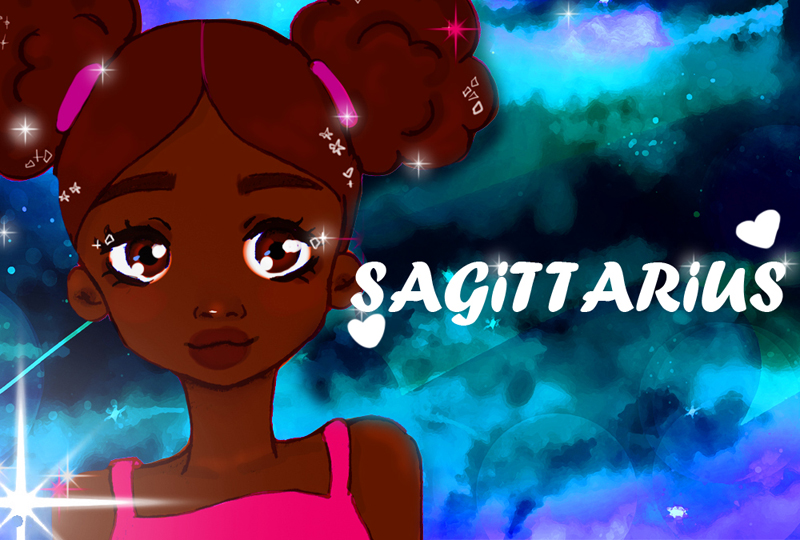 You have had more than enough of people’s opinions lately, especially those who keep banging on about how over the top your fashion is. How very bloody dare they sweetie! Don’t they realise it’s the festive season and if you want to shine and sparkle like an over-decorated Christmas tree...well that’s entirely your prerogative, and to hell with what anyone else thinks. Being miserable and boring is best left to the ‘sneer folk’...you know the type? The ones that snigger and snarl and criticise (behind your back) and are just plain nasty. Leave them to fester alone while you enjoy and live life to the full. #DontLetAnyoneDullYourShine 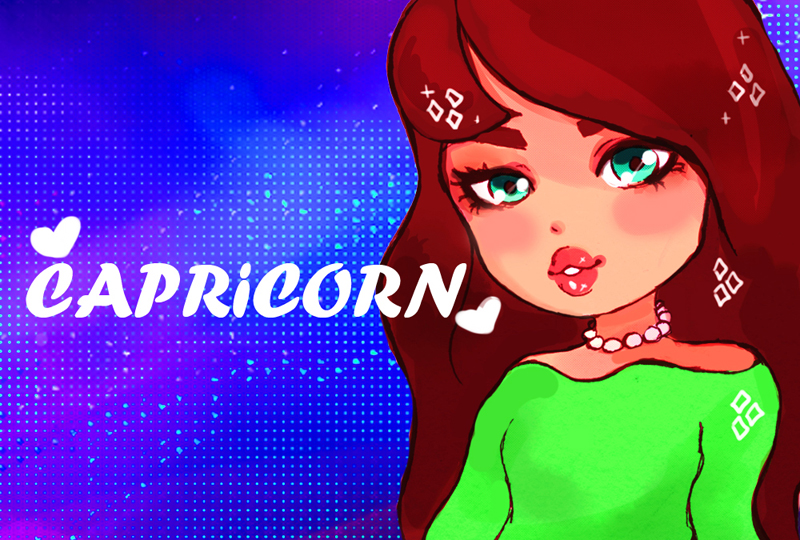 Christmas is so overrated, and, even though you know you’re in the minority and it is quite taboo to have such thoughts (never mind voicing them) you know in your heart of hearts you’ll feel so much better when you get it off your chest! Be brave, stand up tall and proud, and never be afraid to admit that you find the whole charade completely exhausting - mentally, physically and above all, financially. Not to mention, spending time with people who bore the pants off you! And who the hell wants to wear those hideous and unflattering Christmas jumpers - soooooo unsexy - how the hell are you meant to pull wearing one of those! #BahHumbug 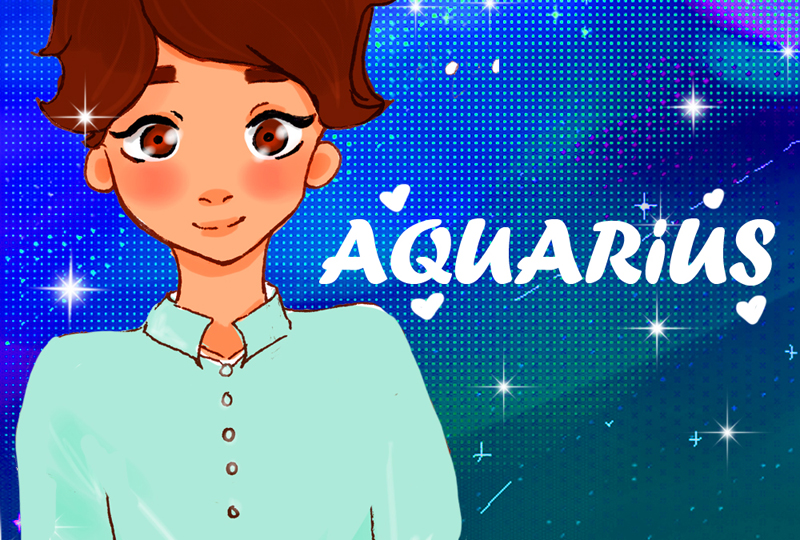 The urge to splurge is overwhelming, and although we are totally for supporting the economy, even we fashion gods have been left wondering whether or not to indulge in a new outfit spending spree. It will be an emotional tug of war, so prepare sweetie for all the usual “do I really need it?” pangs of guilt which will inevitably creep in. But ultimately, you are a fashionista, and you don’t give a crap whether you’re dressed to kill, with or without an audience to witness and salute your brilliance. The only critic you strive to impress is yourself. So buy that outfit, rock that outfit, and toast that outfit! #PleaseRaiseYourGlass 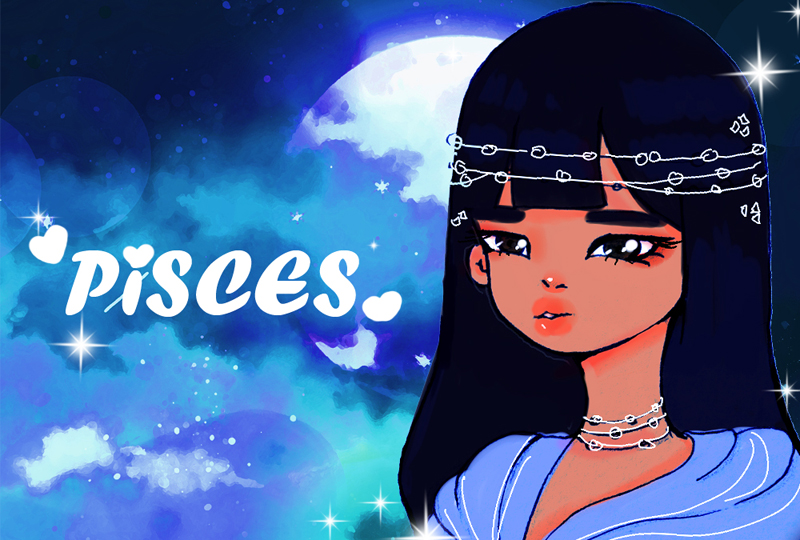 It’s most definitely the month and most wonderful time of the year to splurge on a new outfit; and it’s also quite acceptable to be purchasing one of the mega-sparkly variety. ‘Tis the season to be jolly and get dressed up, so even if there are no events to attend this year (sob), then you can still get your glitter and glamour on with a shiny new sequinned lounge suit, a trendy turban which covers a multitude of sins, not to mention those pesky roots which desperately need retouching, apply lots of face glitter and gloss, and party wi-fi style, whilst enjoying the spoils of your latest gin/vodka/brandy/wine subscription box which you had the good sense to sign up to. #SignMeUp 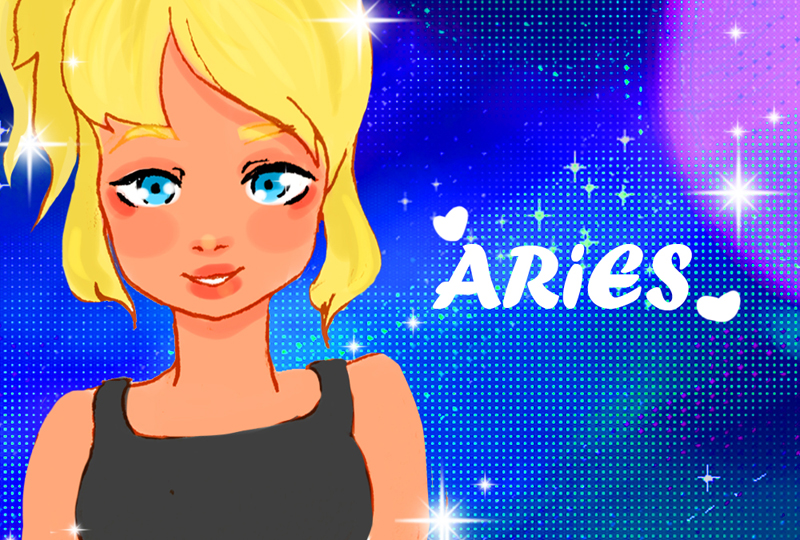 Your enthusiasm for the festive season is finally on the up. After weeks and weeks and weeks of being bombarded with ‘all things Christmas’ in supermarkets, you have finally been won round. The decorations and tree have been dug out from the darkest, dustiest recesses of the loft and now strategically placed around the house...lists have been made with gift purchasing underway and you even succumbed to a cringeworthy Christmas jumper….for the dog - there is NO way on earth that a fully-fledged fashionista like you would be caught wearing one of those acrylic abominations! The mere thought is enough to drive you headfirst into the Baileys. #HoHoHo 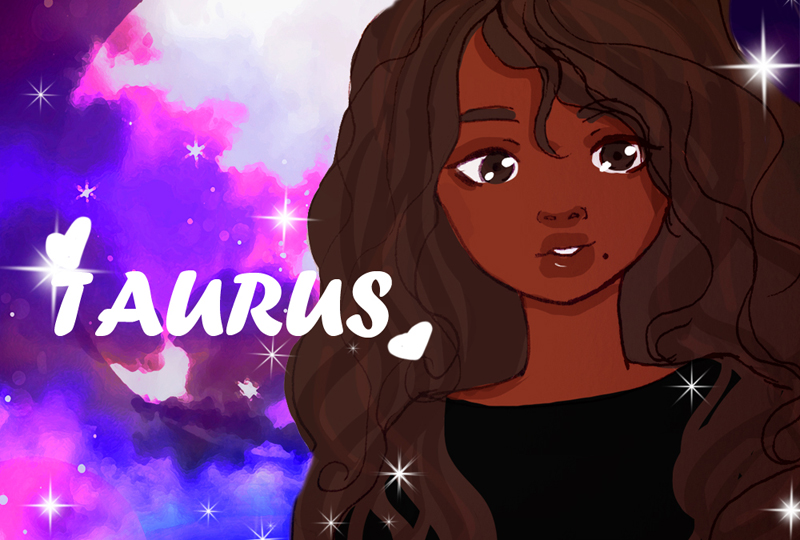 You are one those people who’s secretly thrilled at the limitations being placed on mixing and socialising this Christmas, because you are not being forced into spending the festive season with people you don’t much like! No boring conversation and making small talk; no despairing at the awful outfits people have thrown together and - horror of sartorial horrors - badly accessorised; and no gushing over sh*tty thoughtless gifts either, which quite frankly, have had no thought or imagination put into them whatsoever; that also means your stockpile of bath bombs won’t cause an avalanche in the bathroom! It will be you, your nearest and dearest, and a luxurious lounge suit with elasticated waist...ready and waiting to be stuffed! #AntiSocial or #SelectivelySocial?? 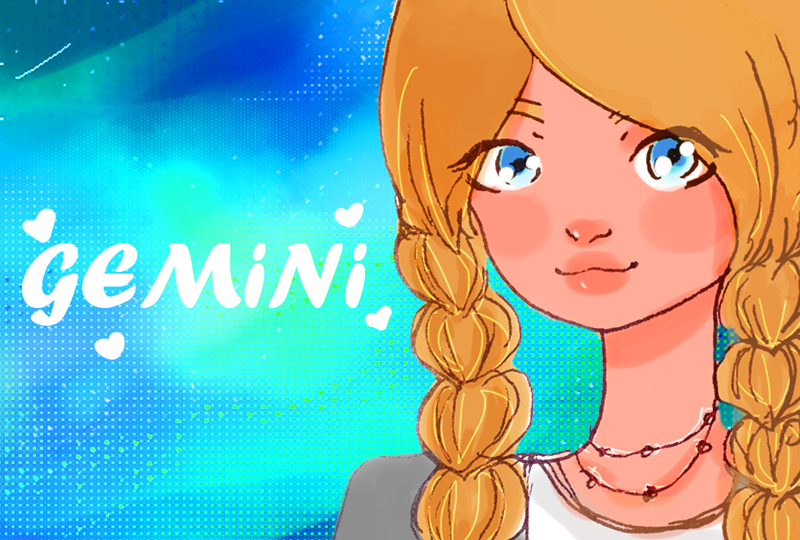 You have plenty of opportunities this month to share your fashion wisdom. The chance to put mere mortals on the right path when it comes to rocking the perfect Christmas day outfit. In fact my lovely, this could turn out to be quite the money-making exercise that could net you a nifty little rainy day fund! Or as we like to call it, a ‘stash of cash’ for the new fashion season. And let’s be honest - who couldn’t do with one of those? Start your marketing campaign right now, and get ready to book in all those appointments which will inevitably come flooding in. Sit back sweetie and get ready for the stampede. #CareerGoals 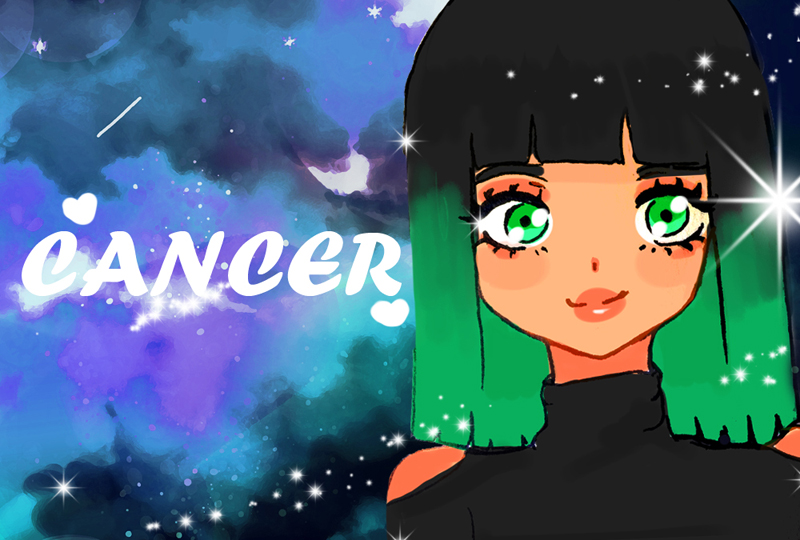 Brainstorm your way to the perfect lockdown Christmas. This will be a challenge, as this year will prove to be like no other...so get your thinking cap on, pour yourself a large glass of your favourite tipple (for inspiration obviously!) and start coming up with wonderful ideas on how to make the most of the festive season without actually going anywhere other than your own front room. Zoom-friendly outfits will need to be meticulously planned as there is absolutely no way whatsoever are YOU going to be caught out looking anything other than utterly fabulous, ravishing, and camera-ready at ALL times! #NoZoomAtTheInn 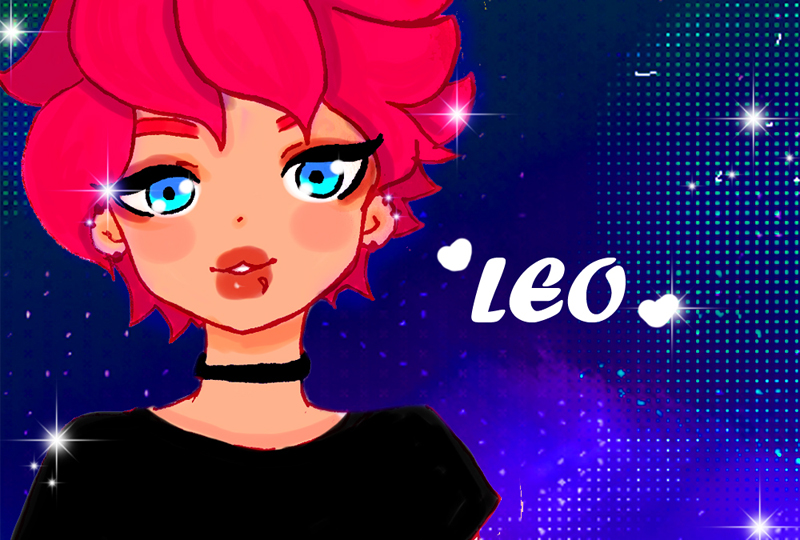 The sky's the limit...well the living room ceiling anyway! Your Christmas tree is about to break through the stratosphere as unfortunately you didn’t think about its height when you ordered it online! ‘THIS’ kind of thing Leo, is becoming an increasingly worrying habit of yours when purchasing online. Think before you click that final PAY button, or accept and surrender to the consequences of your actions! AND furthermore, just because it looks good on the screen, doesn’t mean it will look good IN the flesh; or, when it comes to clothes, ON the flesh. Be warned, or you may end up looking more like an undercooked, overstuffed turkey than a Christmas cracker primed for pulling! #DontBeAScreenSucker 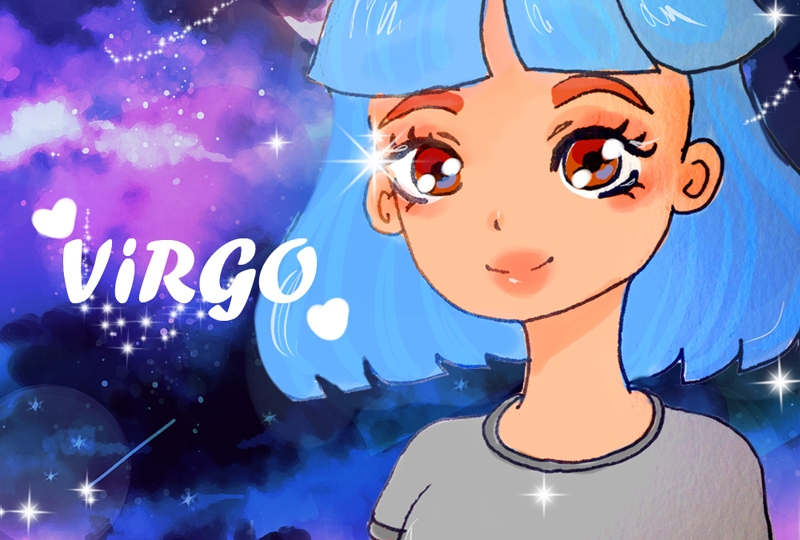 This is the month when you develop some unhealthy, excessive patterns of behaviour, for example: wearing outrageous brightly-sequinned outfits and accessories with enough sparkle to blind and bedazzle the British population...eating your bodyweight in mince pies...visiting relatives on Quality Street a little bit too often...instead of watching the Queen’s speech, you’d rather indulge in the The Royle Family Christmas special and binge the boxset. AND, when every hour of the festive season is happy hour, you spend your days feeling rather squiffy and downing Alka Seltzer chasers! ‘Tis the season to be merry sweetie, but going totally over the top only results in heartache (and bellyache - hello acid reflux!) when you look in the mirror once you’ve sobered up! #ModerationNotSaturation 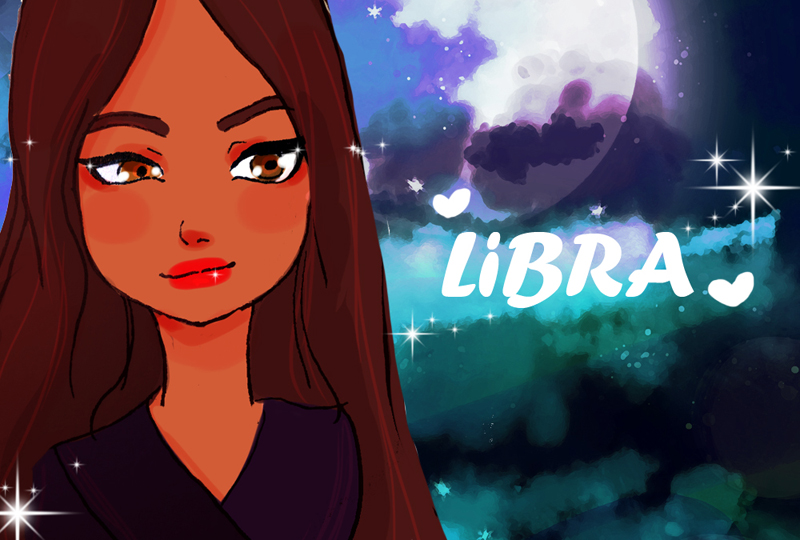 Christmas is always a hectic time, so you need to boost your energy NOW! Normally we would recommend coffee with a high caffeine content, however, ‘tis the festive season so push the boat out and go for that delicious coffee liqueur - Tia Maria - instead. Nobody will judge you...promise! With your energy levels restored and feeling like a fully-charged Duracell bunny, it’s time to get all the shopping and planning underway, leaving you plenty of time to pamper yourself in readiness for the big day, and that all important big outfit reveal which you have meticulously planned over the last few months - well all year actually - but that’s our little secret, Santa!!! #FashionistaForever 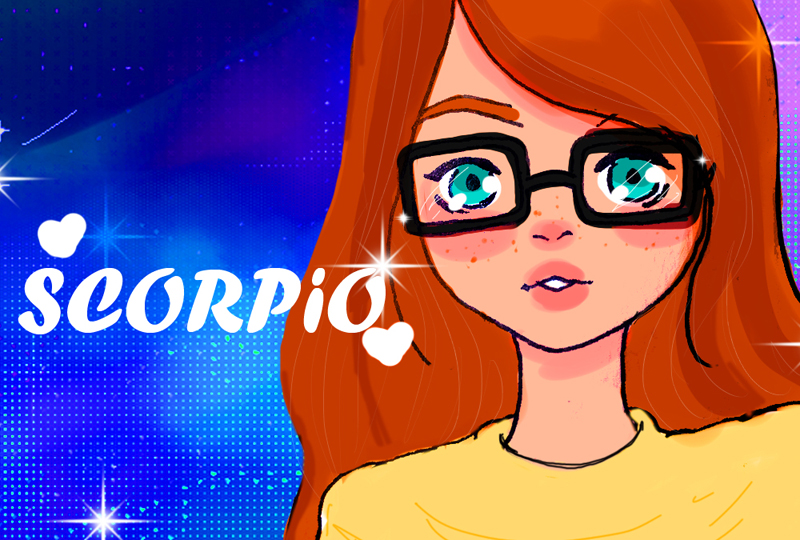 Let your imagination run wild and free so you can dream and conjure up the most spectacular Christmas tree and sparkling decorations, the most delicious and sumptuous Christmas day feast imaginable, the most unique and special Christmas gifts ever to be gifted, AND, the most outlandish and dazzling Christmas outfit that no mere mortal could ever possibly hope to throw together with such aplomb. Well, fashion is your specialist subject after all sweetie, and you are THE Christmas Queen, so you have a reputation to protect and a title to live up to. This year is no exception and you will reign supreme your majesty. #GodSaveTheFashionQueen