Forgive me if I dispense with the usual formalities and pleasantries, but time is of the essence here when one has limited access to a keypad!

Daddy still has this free bird confined to the west wing in a gilded cage, and I have less than an hour to complete my feature for the magazine gals at Heaven HQ. I have no shame left whatsoever in using this platform to beg and beseech you for one’s freedom. And one’s inalienable right to shop until one drops!

It’s been a long hard month (by my pampered standards…). Mostly lonely, apart from the odd visit from Mummy and Daddy. With ‘odd’ being THE operative word as far as Daddy is concerned…

Mummy has swept by to offer comforting words of encouragement, imploring me to hang on in there, and not to take Daddy’s words to heart too much. Daddy’s personal ‘incarceration best/worst’ was locking his cousin Cuthbert in the larder at boarding school for 48 hours, with neither a light nor water. It was only thanks to matron wanting an illicit midnight feast that Cuthbert was found that nearly fatal long weekend, before he could eat his way out - and headlong into - a carb coma...

Daddy’s visits tend to be more infrequent - usually after he’s been at the cognac - when he seems to derive great pleasure from telling me what a crashing disappointment I am, then going off into another one of his rants about bloody women and how they can’t be trusted with the simplest of tasks in life, let alone being financially responsible or accountable.

The one shining light in one’s rather dim existence has been Maria, my devoted maid, without whom one may never have got through one’s incarceration intact thus far. 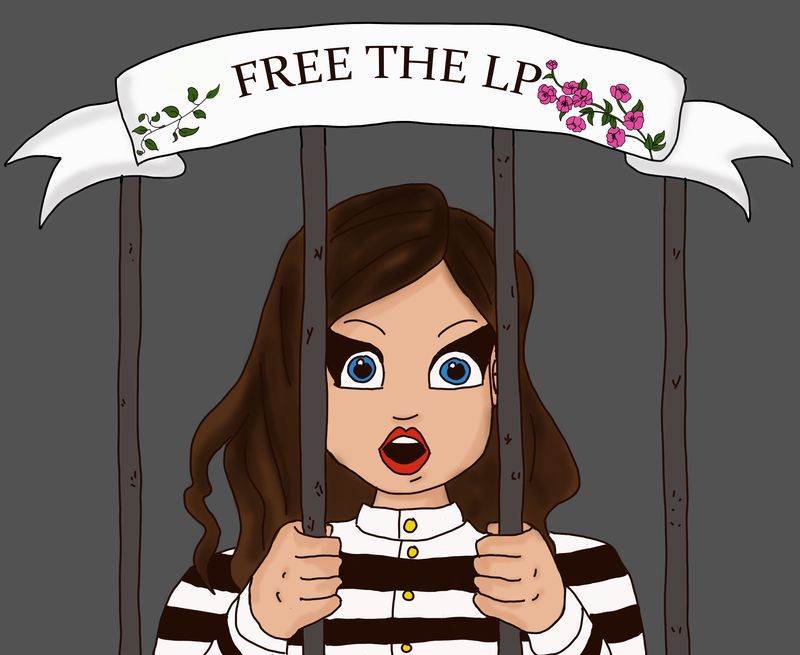 One’s ‘sentence’ got off to a shaky start when I had the clever idea of going on hunger strike, until Daddy saw sense and to release me from this utterly deplorable punishment. I informed Maria that it would be liquids only for the foreseeable future - preferably of the alcoholic fizzy kind. Chin chin!

It all seemed to be going rather swimmingly until one got absolutely legless and was giggling incoherently on a daily basis. Mummy was straight on the phone to block book The Priory for the following month; if my mind recalls through one’s drunken haze, Daddy was in the midst of yet another rant about bloody women being unable to hold their bloody drink, and was yet another thing to add to the list of their bloody failures and bloody inadequacies. Bloody Mary anyone?!?

However, there did seem to be a humongous bonus, which was the unexpected weight loss. Who knew? Could this be the answer to one’s entrepreneurial goals? A diet that actually works AND isn’t too much like hard work?!

Unfortunately some rather bad side effects - the less said about the most appalling and unladylike wind, the better - bloating, deadly facial pallor, and tummy pains - my ‘emissions’ could rival Daddy’s after he’s devoured a plate of sprouts.

One’s conscience did wrestle with the fact that it is utterly irresponsible and dangerous, so being a thoughtful, kind hearted, responsible lady who does possess a modicum of morals, I decided to end this pointless charade and firmly lock this whole sorry episode in the ‘OMG Dita - what were you thinking?’ box, throw away the key, and forget it ever happened!

With the alcohol-fuelled debacle firmly behind me, there was nothing to do other than plot how to get hold of Daddy’s phone - the only means I have in this damn house which has a semi-reliable WiFi connection.

I had a cunning plan…

It would involve a hefty bribe for Maria and the services of a divine bamboo handled Gucci basket bag and a pair of silk stockings...

Maria was to be stationed outside Daddy’s study until he dozed off in his favourite wingback. Upon hearing the loud snorting and grunting noises emanating from the room, she was to sneak inside, snaffle his phone, hotfoot it to the window where the Gucci bag was hanging by silk stockings, waiting to be hoisted up by little ol’ moi!

Mission accomplished and the adrenaline rush was terribly overpowering. I must admit to trembling a little as I clutched the phone. One’s heart was thudding loudly as I congratulated myself on a job well done, even going so far as planning a celebratory glass of Dom P to toast one’s magnificence! So you can imagine my complete devastation as I looked at the phone, belatedly realising that it required fingerprint recognition to operate!

Now I would have to put the ruddy phone back before Daddy woke up and found it missing. Really! How could have I been so stupid?

Tears coursed down my face as I tentatively lowered the Gucci bag to the ground, and in a haze of smudged mascara I spotted Maria’s hand retrieving it through the window. Alas my magnificent plan for freedom and world domination lay in ruins, and once more one was bereft of any contact with the outside world.

So my darlings...as one lays here, dreaming of freedom, which is unusual for me - normally most of my dreams involve a none-too-bright ginger prince or a dashing gentleman with an enormous wallet onboard a luxurious yacht as we sail around the Med, partying hard, shopping harder, and hardly sleeping...anyway, sorry, I digress…

What I need for you to do my darlings, is to start a campaign to show Daddy what an asset I am to the magazine. How you all love one’s monthly exotic exploits and the need for me to get back in action - thrown into the thick of things again and allowed to explore the globe once more.

Can you do that for me?

One would be awfully grateful, so much so, that I, Lady P, pledge allegiance to the readers of emmaheaven.com and I faithfully promise that if you get me out of this jail, not only will I continue to entertain and enthrall you with my adventures, that I will endeavour to up the ante and my escapades will become the stuff of legends. No corner of the globe will be left undiscovered; and no man shall be safe from one’s feminine charms.

Talking of charms a’plenty, this gal’s got to dash. The butler is knocking at the door. Says he’s doing his bit to ‘Eat Out to Help Out’. I could’ve sworn that entailed going to a restaurant Mondays to Wednesdays, but he swears blind that he’s doing his bit for the economy and morale, seven days a week, via house visits to all the damsels in the vicinity. Says all I have to do is lie back and think of Blighty, whilst he devours the tastiest dish on the menu. Me!!! Curiouser and curiouser...I wonder what I’ll be sinking my pearly whites into? Apparently the tenderloin comes highly recommended...

Thanks ever so for hearing my plea. Set me free my darlings, set me free…#FreeTheLP

It’s infuriating beyond this nomad’s wildest imagination to see so many friends lamenting on social media about another one of their holidays being cancelled.

This jetsetting nomad can but only dream of having any kind of assignment booked, only for it to be cancelled or postponed. At the present rate, I’d be happy with a day return train trip to Birmingham, even if it were to be cancelled at the last minute. It’s good to have travel goals, however modest...

BREAKING NEWS: Daddy popped across the Channel to France, to stock up on one of his booze cruises. Turns out he’s missed the boat before another lockdown/quarantine thingummyjig was announced, and he’s languishing at his cousin’s Chateau, working his way through their cavernous wine cellar.

Could this be the jailbreak opportunity we’ve all been waiting for?!? Do I need to go rescue Daddy, courtesy of Eurostar, save their vineyard and Daddy’s liver?! So many questions and options!!