Dream Factory - Queen Of The Ocean 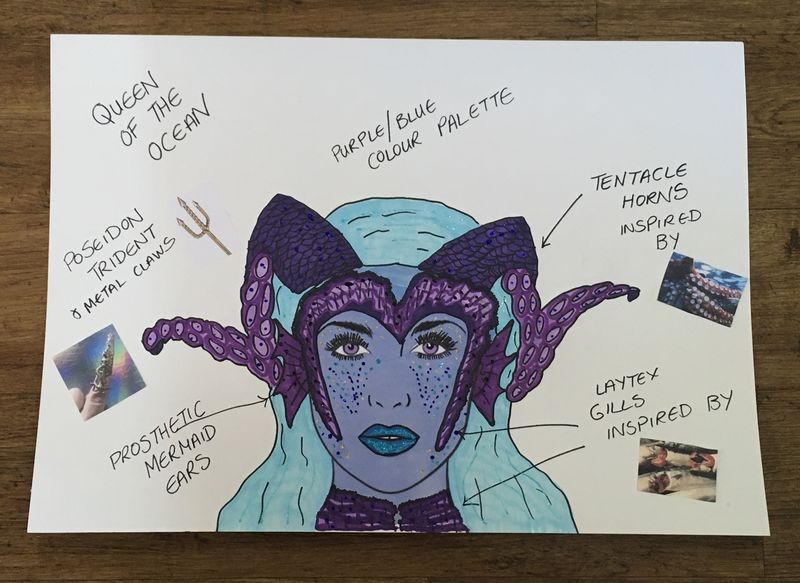 With the country in lockdown and nobody allowed to come to the studio for filming, it was all hands on deck in the Heaven household.

Fortunately, my son Olly was home from Urdang Dance Academy in London. Being the creative soul that he is, he was tasked with creating and applying the makeup and special effects for this month’s shoot. No pressure Olly!

This month was particularly complicated as it involved prosthetics, paint, glitter, a wig and a pair of giant tentacle horns in order to bring to life my vision of what the Queen Of The Ocean would look like.

I have always been fascinated by coral, fish and sea creatures.

Think Disney’s Little Mermaid, Finding Nemo, Peter Pan, Altantis etc. Scoop them all up in a fishing net and put them into the melting pot, et voila!!! And you’d be on the same path as to where my bonkers brain was heading!

Not one to do things by halves, I wanted my Queen of the Ocean to look powerful and colourful, with tentacles, gills, mermaid ears, metal claws and a trident. Pretty much the whole nine yards, 20,000 fathoms, and then some!

Choosing a colour palette of blues and purples, as if by magic, my mood board came to life.

Armed with enough latex, paint and glitter to sink a battleship, Olly got to work, creating his nautical masterpiece, ready to be received on set by Adrian, who captured the queen in all her splendid, royal, aquatic glory.

King Neptune can move aside, paddle on and ‘wave’ goodbye…There’s a new Queen Of The Ocean in town! All hail the Queen. 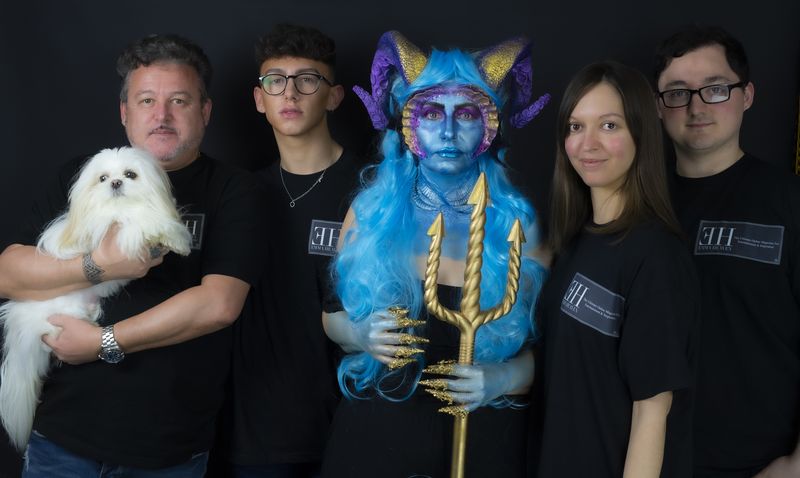 “And now we invite you behind the scenes to see this month’s shoot: Queen Of The Ocean.”

Journey with us to a kingdom under the sea, for a royal appointment with our ‘Queen Of The Ocean’...