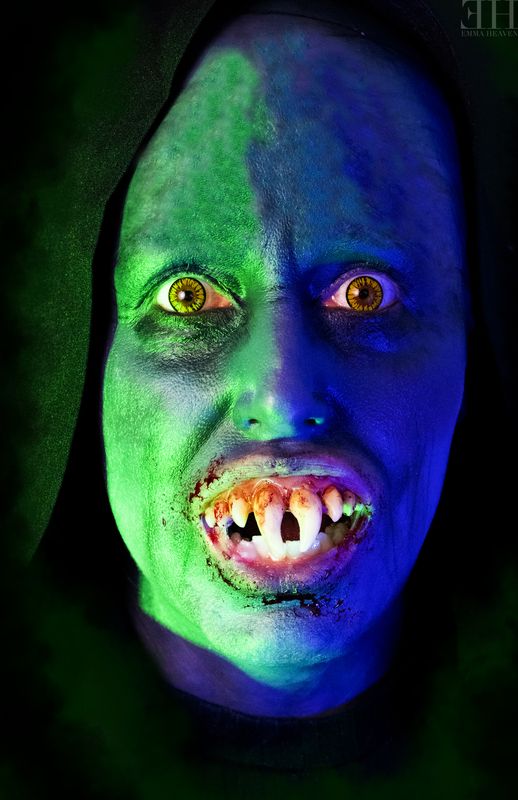 As a child, I was absolutely terrified of horror films, and one in particular actually gave me nightmares. Salem’s Lot, starring David Soul and James Mason.

The plot concerns a writer who returns to his hometown and discovers that its citizens are turning into vampires, and is based on the novel by Stephen King.

Most of the film was either watched from behind my hands or, in the even scarier scenes, viewed from behind the safety of the family sofa, mostly with my eyes firmly shut just in case I caught a glimpse of the Glick brothers scratching on the windows, all wild-eyed with an evil look on their faces - terrifying stuff! Even now, as a fully-grown woman, I still cannot watch those scenes without the fear taking over my body.

If I thought that was as bad as it could get, little did I know what was about to happen with the introduction of Barlow - The Master. In the film he literally jumps into view - our neighbours and people from miles around, probably heard my blood-curdling screams, such was the terror at seeing something so hideously frightening and disturbing.

Believe me - this is one cult horror film you need to see; even though it was made and released in the 70s, it is just as scary today.

I always like to conquer my fears, so with our Hallowe’en issue approaching I decided to face my fear full on and become The Master.

First up in my prosthetic preparations was to watch the film without closing my eyes or running out of the room. I managed to watch it in its entirety while holding on to my poor husband for dear life.

Once my heart rate had returned to relative normality, I soon got to work, sourcing everything I would need to be transformed into the evil Barlow.

I hunted high and low for the vampire teeth, eventually finding them on Etsy, courtesy of a company called GnathicNightmares.

Next item on the shopping list was a bald cap kit and the special paints needed to revamp it.

And to complete this chilling creation, I commissioned a long black cloak by EvaJacobDesigner on Etsy. With all the key ingredients in place, it was time to get this transformation underway.

It was time to put in - what seems to have become a staple item in Beth’s magic box of scary SFX tricks - the dreaded contact lenses. Beth, with the assistance of my son Oliver, fitted the bald cap - it looked more than a little strange, but slowly and surely, Barlow the vampire came to life.

Blue paint was applied to my whole head and face, before Beth could get creative by bringing the character to life on my blank (blue) canvas with plenty of clever shading, making me look even more sinister.

By the time the teeth went in and a little blood was added, the entire team were more than a little unhinged!

I looked in the mirror to be ‘greeted’ by my biggest fear as a child, which was staring straight back at me. I was more than a little, no, correction, make that A LOT spooked! I was totally blown away by what I saw in the mirror, which didn’t resemble me in any way, shape or form. I was speechless - and that doesn’t happen often. The team are still talking about *that* even now!

I walked into the studio, on went the smoke machine, which added to an already eerie atmosphere. And off to work we went, creating what I think is our most magnificent shoot to date. Don’t have nightmares!

“And now we invite you backstage to see this month’s shoot: The Master.”

Thank you to everyone on #TeamHeaven involved in creating this issue’s shoot and video.

Join us in our creative and terrifying journey as Emma takes on and transforms into her biggest childhood fear ~ Salem’s Lot vampire: Barlow ~ The Master...