I’m here my darling ravishing readers, in Hollywood, LA, in the US of A. Home to the rich, the famous and the downright desperate.

By desperate, one means those who want to be famous and are willing to do just about ‘anything’ in order to achieve it and at any cost! Not mentioning any names...But my distant cousins know exactly to what I allude...It is so beyond cliched to do a sex tape and have it ‘accidentally leaked or hacked’ these days. It screams desperation; exposing the talentless, vacuous wannabes behaving in a way which is most unbecoming for a lady.

Anyhow, any dame worth a dime knows that there are far more tasteful and lucrative ways to capitalise on one’s God-given gifts...With that bit of celluloid career advice out of the way, let’s get down to business and what one truly thought of La La Land. 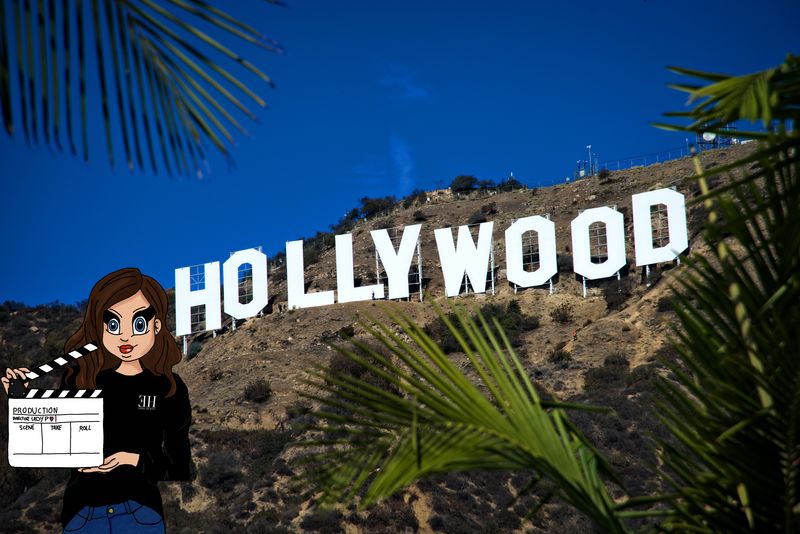 First up was the (in)famous Hollywood sign which is a well known American landmark and a cultural icon in its own right, overlooking Hollywood. It is situated on Mount Lee, in the Hollywood Hills area of the Santa Monica Mountains; the sign is rather large, measuring up at 45 feet tall and 350 feet long. Impressive? One would think so, however, one was quite underwhelmed. It’s no Eiffel Tower, Taj Mahal or Statue of Liberty.

**Spoiler alert** Don’t want to sound like a killjoy, but it looks as if during its erection that only half the job was done. One can imagine the supervisor telling the construction workers to down their tools and to take an early lunch, during which they became so intoxicated, that they forgot to go back and finish the project! Bearing in mind that the sign was built in 1923, during the 1920-1933 prohibition period, it’s more than plausible that one of the chaps had got hold of some moonshine, or found a speakeasy nearby, where they drank to forget, and forget they did!

I had hoped to see a bit of tinsel around a few letters, especially in the build up to Christmas - or maybe there is another reason why it’s also known as Tinseltown?! One is a firm believer that if you are going to do something, then jolly well do it with some pzazz! Even so, one couldn’t resist the obligatory selfie. When in Rome, or L.A.... 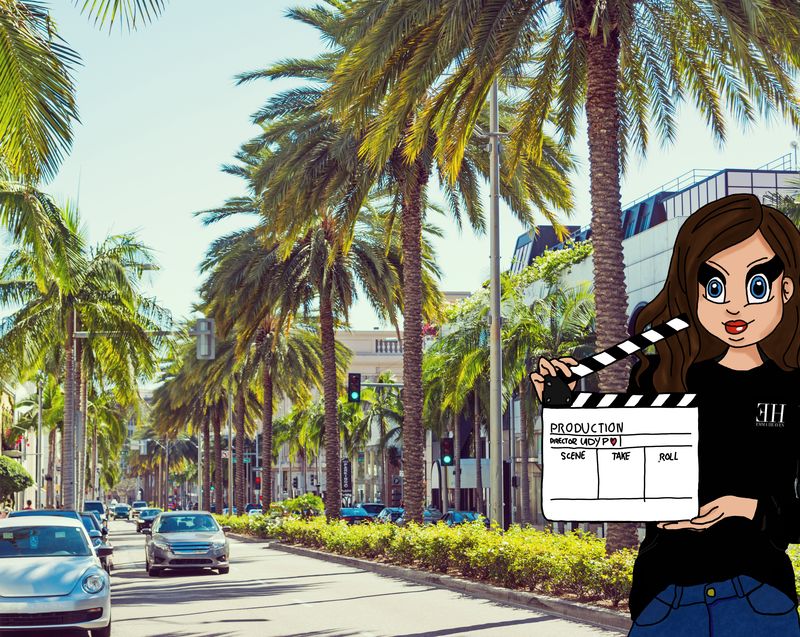 As I sashayed down the Hollywood Walk of Fame, one was reminded of my all-time favourite RomCom movie, ‘Pretty Woman’ - and before you ask, no I wasn’t propositioned by a gorgeous greying gentleman behind the wheel of a flash sports car, or any other kind of gentleman or car.

I’m not sure if I’m relieved or offended that one didn’t have to defend one’s honour. That aside, it was still a huge thrill to pass the stars of Marilyn Monroe, Greta Garbo and Bette Davies; such wonderful actresses and beautiful bombshells. You can’t beat good old-fashioned, Hollywood glam. The stars of today really could learn a thing or two from those LA legends in how to behave like a superstar.

One was only vaguely tempted to visit the Church of Scientology; whereas Daddy thought he could try resurrecting ‘mission impossible’ (as he calls his plans to marry me off), on the outside chance of me ‘bumping into’ Tom Cruise. Seriously Daddy!! What do they say about there’s no fool like an old fool, not that you’re *that* old!

The chances of me and the pocket-sized Peter Pan hitting it off and him taking me up the aisle (not a euphemism), isn’t quite the exciting prospect one might think. Lucrative? Yes. In day-to-day terms? Far less so! He is a tad ‘vertically-challenged’ and I’m not hanging up my Jimmy Choos for anyone (my statuesque ginger prince doesn’t count), no matter how loaded they are. 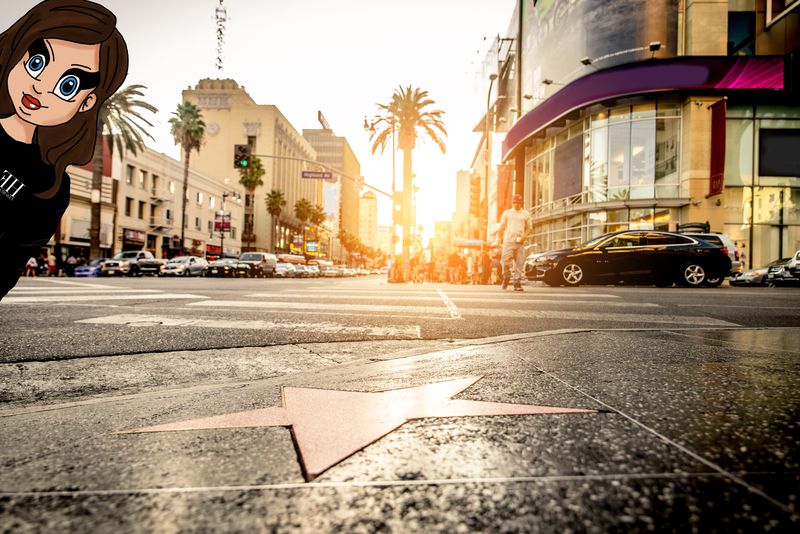 Granted he’s handsome and still pretty agile from what I’ve seen in his films, which could prove to be an exciting proposition, however, he has a rather long trail of broken romances, which never bodes well in my book. Plus he is quite a bit older than me, and I don’t fancy spending my prime years being the ‘nurse’ while he’s the (loaded) ‘purse’. Add in the church activities and aliens, I can only reluctantly conclude that I am unable to play second or even third fiddle to anyone! Sorry, not sorry Daddy...

It’s the stuff dreams and an unlimited Black Amex are made for. And as I was back in Daddy’s good books, the cruelly oppressive credit limit had finally been lifted after my last few shopping exhibitions had got a teensy, tiny bit out of hand. One’s spending power was reinstated and I shopped like a true A-lister would!

It was a bit like a feeding frenzy at the zoo. I was like a woman possessed as I purposefully strode along the 2 mile stretch that is Rodeo Drive. Well when I say strode, one actually means chauffeur-driven at a leisurely pace. And we did take several breaks along the way, as my chauffeur/budding actor (isn’t everyone?!) was keen to practice his British accent, taking on the persona of my fellow toff Hugh Grant. 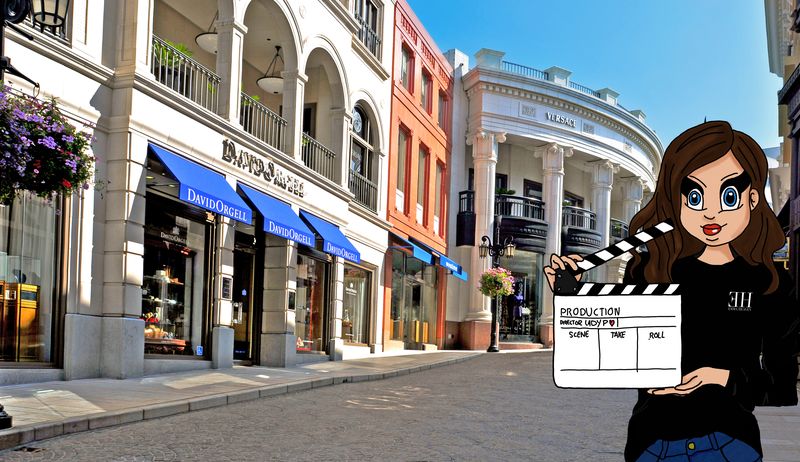 He was very vocal, albeit with a rather limited vocabulary, repeatedly saying I was ‘divine’. Or maybe he thought that ‘Divine’ was my name?! We’ll never know. However, the police custody sergeant was left in no doubt as to my real name by the time he’d finished completing our paperwork, and let us off with a stiff warning.

Anyway, I digress, Back to the matter in hand...

I blitzed through the entire A to Z of designers and stores, from Agent Provocateur to Bottega Veneta, Cartier (a girl’s gotta have diamonds!) Fendi, Gucci, Jimmy Choo, Prada and so on..

By the time we reached Versace and Yves Saint Laurent it’s safe to say one was absolutely exhausted and more than a little worried that Daddy might finally follow through this time around on his threat to disinherit me and cut me off with immediate effect, with not a single penny.

If he were to hit the roof and try to cut me off financially I think I just might be able to finesse and justify my spends from this trip by saying that I have ‘stocked up for the foreseeable future’. Investment purchases, blah blah. That sounds pretty shrewd, non?!

The prospect of imminent poverty slightly tipped one over the edge and straight into the welcoming embrace of The Ivy, where I sought solace in the cocktail list as I weighed up my options. Fight or flight! 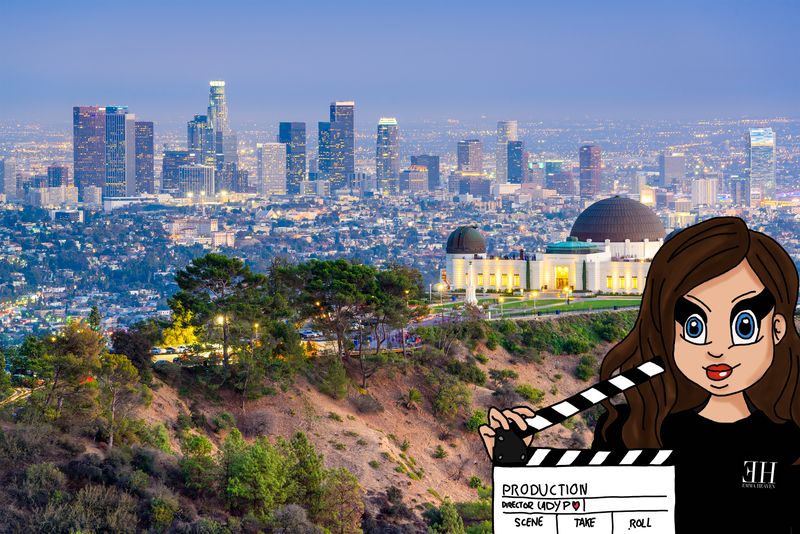 I’m rather hoping that Daddy(and Mummy) will be distracted by the imminent start of The Crown on Netflix, and that the location hire costs are starting to trickle through, along with increased visitors to the family estate to boost the depleted coffers

With fuzzy vision, and fingers crossed, I sent a hopeful and heartfelt email to Emma and TeamHeaven, explaining my woes and how one’s life and bank balance were in danger, so if they could, pretty, pretty please, send my next assignment and plane tickets to The Beverly Hills Hotel, cc’ing Daddy, to explain that purchasing mementos from foreign countries was all part of my job, and would ultimately benefit us all as I globe-trotted to raise the profile of our family name and sprawling estate, especially in such an Anglophile area I’m visiting of late, where I have been feted and dated to within an inch of my life.

Well it is worth a try, and I have given it my best (tequila) shot. And now I patiently await a reply, as I contemplate a quick trip back to the Hollywood Walk of Shame...

Dahhhhling gals, you’ve done it again. Hit the ball right out of the park as they would say over here.

My Stateside stay coincided beautifully with the aftermath of the Downton Abbey film - to say my breeding and accent has gone down a storm would be *the* understatement as we reach the end of another decade. My dance card (and credit card) has been filled to the brim.

And in other news, my media and royal court contacts are saying that my ginger prince could potentially be heading out this way for several weeks. Far be it from me to be the third party in any marriage, but I do think our American cousins would far rather he have a spouse of social standing such as little ol’ moi. To visit with an American spouse in tow has already been done - quite beautifully, I might add - with the beloved late Princess Grace of Monaco.

I know that matters of the heart really are in the lap of the gods, but if you could see your way to waving your magic wand and making my next assignment within a 50-mile radius of my princely paramour, I would be most grateful.

Thanks in advance ladies - I hereby place my future and my beating heart in your heavenly hands! xoxo