Just one word - Wimbledon!!! Exactly how stupendous are those lovely gals at #TeamHeaven? And not a Womble in sight! (Please edit out gals, if this is a giveaway to my true vintage…)

Those gals in the office are most absolutely at the top of one’s Christmas card AND gift list - and if they keep up this excellent choice of adventures to send me on, then dare I say it, they might just merit a Harvey Nics gift card as well. Just don’t tell Daddy that his big sister gives me an excellent ‘friends and family’ discount and loyalty points there!

Giddy with excitement, one hot footed it to Bond Street in search of a Wimbledon capsule wardrobe with one goal in mind - obtaining the desired effect of all eyes on me for looking utterly ravishing and definite wife material. If it’s good enough for those K&P ‘Middy’ Middleton gals, then it’s certainly good enough for me!

Just think of all those eligible bachelors just waiting to cast their eyes on little ol’ moi. With my pedigree, I’m such a catch; a member of the British aristocracy, curvy bombshell, well-dressed, impeccable manners and not too much mileage on the clock (less than five engagement rings), which is so rare to find these days. 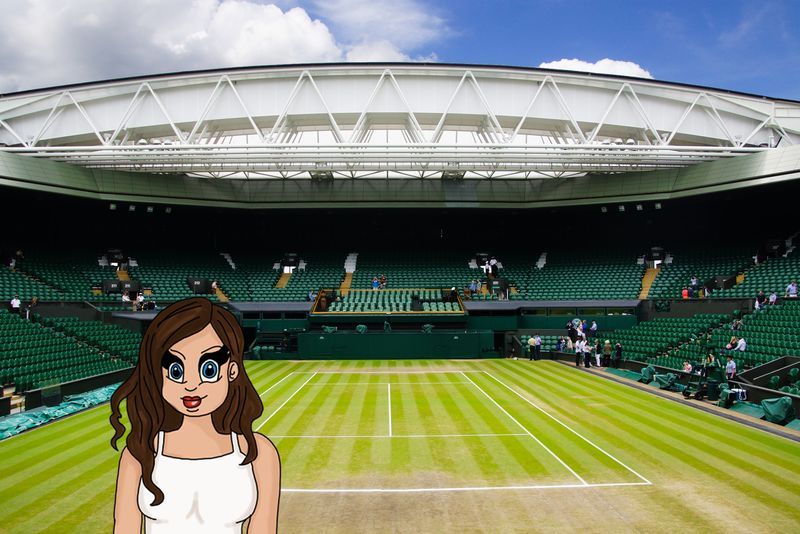 Tho maybe this year I’ll go easy on the corporate hospitality champers, and not loudly request ‘new balls please’ of any passing waiters, to the eternal amusement/embarrassment of my hostess...Daddy has since generously settled out of court. I guess #MeToo isn’t a purely female phenomenon...

After thoroughly checking out* oneself in the hall of mirrors, it was time to meander on over to Wimbledon and talk my way into the Royal Box. (*Many of our merry little group still shudder at the memory of one gal pal who shall remain nameless, had the misfortune of putting on some tight Spanx; rather than pull her in they unfortunately pushed out all her wobbly bits making her look like a rather overstuffed kebab).

She was the butt of many distasteful jokes for months after that debacle, yet still gamely responds to the nickname coined at that time - ‘Donna’ as an homage to a doner kebab - gals can be soooooo mean.

Apologies for yet another digression. Where were we? Ah yes. High grade stalking and gawking... 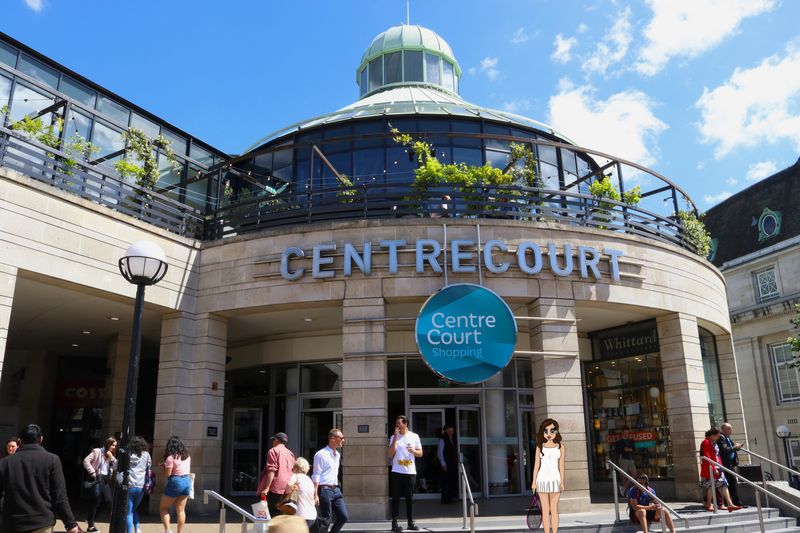 Unfortunately my upper crust charms didn’t quite manage to persuade the delicious Royal Protection Officer/bodyguard on royal duty to let me pass, but one did manage to snaffle a rather nifty spot to park one’s derriere nearby for the afternoon’s matches.

In fact it was an extremely braggable location, and one couldn’t wait to tweet one’s prime location to all those mean old Sloane Rangers who didn’t quite make the grade and ended up on “Henman Hill”, or “Murray Mound” as we have affectionately re-named it. That did make me giggle for quite some time. Tho I’m sure you can’t begin to imagine the mischief the boys were making, trying to come up with a suitable equivalent for (Johanna) Konta….

Once ensconced in our fabulous spot, with an excellent vantage point of the Royal Box, it was time to sit back, quaff some champers whilst devouring strawberries and cream in a ladylike manner as befits my status. One did not overindulge, not just mindful of one’s waistline, but just in case my beloved ginger prince made an appearance, or any other eligible hottie totty for that matter!

So let the games, sets and matches begin…

If you want to know about the matches, read the sports pages. Personal high (society) lights included spotting HRH The Duchess of Cambridge, and Wimbledon patron, making an appearance. One has to applaud her for looking so magnificent; just the way our future queen should look, unlike ‘she who shall not be named’ strolling in, in a pair of jeans of all things! How utterly declassé. 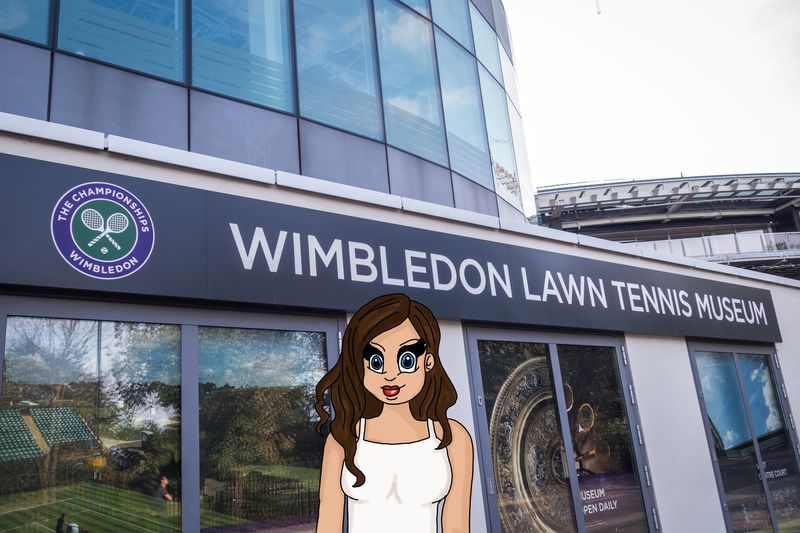 Goodness knows how she bulldozed her way through the dress code. She’s a royal in name only as far as we’re concerned. Our housekeeper has more decorum and better grooming, even after catering a shooting weekend, feeding dozens of guests from dusk til dawn and beyond!

And there have been quite a few male celebrities mingling in the crowd. One will need to consult the Daily Fail and The Times’s Rich List to see whether they are ‘locked’ (attached) and loaded.

There was an almighty shocker in the first round, when Venus Williams went out of the tournament, losing to 15 year old Cori Gauff! It’s a sad yet inescapable fact of life that as we age, there’s always someone younger and better, waiting to take your crown - sniff! After that rather sobering thought one got rather squiffy instead, and a little teary I must confess.

The days following have been rather much the same, but on a more upbeat ending. Don a fabulous attention seeking outfit, drink copious amounts of champagne, all the while being steadily hypnotised, watching the players hit back and forth. My eyes have darted from side to side even more than a certain attention-seeking, minor royal, trying to seek out the camera lens while protesting her desire for privacy…You can see why she makes the rest of the Firm and Ginge cringe... 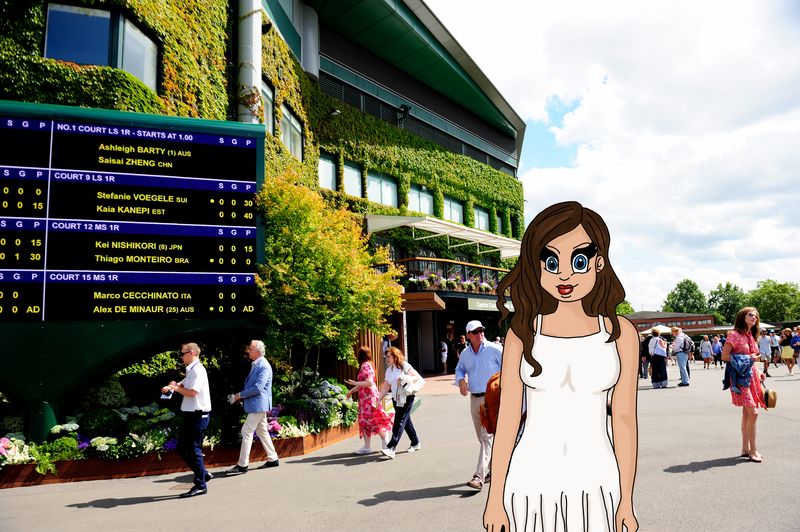 The nights however are a completely different story. And there is only so much I can say without provoking the wrath of Daddy, landing on the front page of the sleazy tabloid rags, or breaching several legal injunctions... Suffice to say - there has been a LOT of partying, a ridiculous amount of Pimms imbibed, some rather dubious cigarettes being passed around (refused on the grounds that one’s hay fever has already been sorely tested to its limits by the grass on tennis courts).

I was offered some rather intriguing and strange tasting mushrooms - apparently they are the latest ‘truffles’ to hit town, so there was no way I was turning my nose up at that delicacy. I nibbled a few, mindful of my waistline, promptly taking to the dance floor, where I was reliably informed that I could ‘throw a few shapes’. I think that means I’m a rather good dancer? Whatever it means, they helped me dance for six hours straight, which is a new personal best!! Daddy will be signing me up for Strictly when I tell him this story!!

The following morning was a slightly different proposition, and I wasn’t feeling quite so energetic or full of beans, thus most of the day’s proceedings had to be watched from behind an oversized pair of Gucci sunglasses. Meanwhile the champagne was replaced with another sparkling favourite - Alka Seltzer.

One did consider popping home early for a siesta, when I stopped dead in my tracks by the arrival of some red-headed royalty. Noooooo silly, not HIM!, But another gorgeous ginger - the glorious Ginger Spice!

As I close my column for another month, I have to take my hat off to all the staff at SW19 for yet another marvellous tournament and for looking after me so well. They have been terribly helpful in making sure I’m reunited with my possessions in Lost Property, which incidentally is staffed by the most ridiculously handsome young chap. 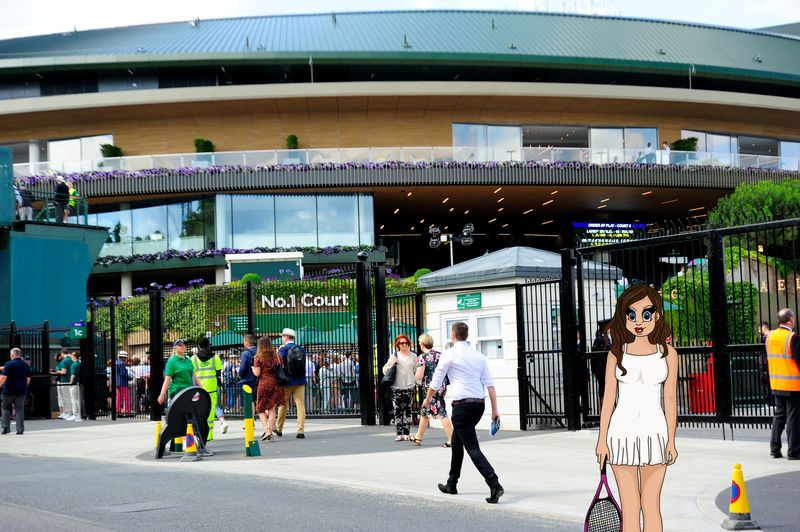 He offered to show me his volley - well I think that’s what he said, he does have a heavy European accent - if I show him my lob shots. Tho quite why he’s handed me a paddle I have no idea. It’s not as if we’re going to be playing table tennis…

In the meantime, a huge thank you to Team Heaven for this delicious little outing over the last week or so. The winners will be announced around the same time as we go to press. But at the time of writing, I’m rooting for Roger, so to speak. That’s Federer in case it needs further clarification...

Au revoir my little Murray Mints. Until next time,

***STOP PRESS - hold the front page dahhlings! I see Serena lost, therefore opportunity knocks. Apparently the ginger prince’s wifey is her BFF, so fingers crossed they’re having some consolation bubbles. Meanwhile yours truly can make her move while the cat’s away…All else fails, I can offer the lovely Roger a shoulder to cry on***

***Note to #TeamHeaven - the ‘dishy dude’ in Lost Property keeps asking me if I have any whips or chains. I don’t know if it’s a case of mistaken identity or what? That said, I can easily lay my hands on a riding crop and other paraphernalia. I trust you worldly gals. Souls of discretion too. You would tell me if I looked like a Hell’s Angel wouldn’t you? Meanwhile, any idea where I can get some chains? I am rather curious to see what he wants with them!

Tho having stumbled across the London Pride parade while in town, I saw some verrrrrry interesting sights, and had some interesting proposals from ALL colours of the rainbow. When I told Daddy, he seemed surprisingly unperturbed - said he’d gladly sanction me marrying anyone or anything with a pulse and a healthy bank balance at this stage of my life, such is his desire (or is it desperation?!?) to marry me off. And if the rainbow has a ‘bloody big pot of gold at the end of it’, he would gladly give me his blessing… #FoodForThought ***