Menopausal Hotties - Are we hot to trot or what? 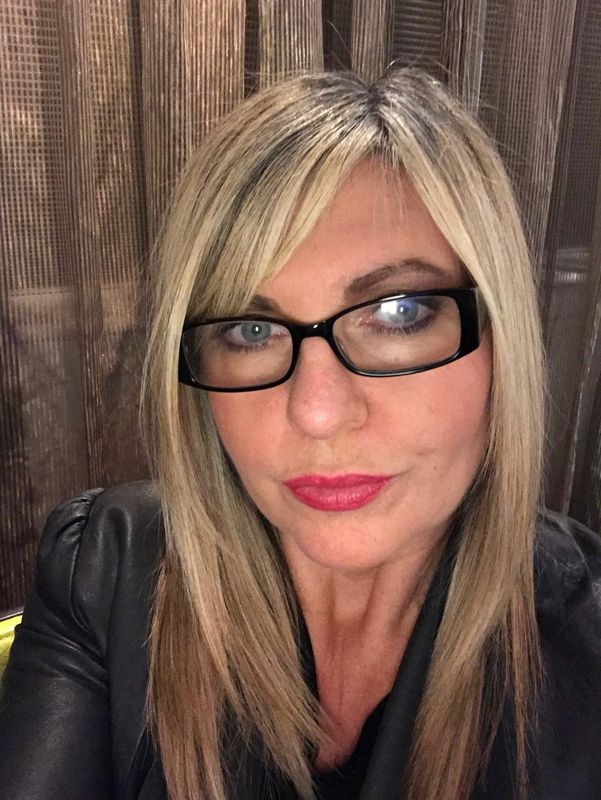 Are we hot to trot or what?

It’s time to get hot under the collar as well as under the bed sheets. And we’re not talking about hot flushes either. Boom bada bing!
So is it a reality, a perception or a myth that, ‘thanks’ to dropping hormones your sex drive takes a nosedive and sex becomes the exception not the norm, or gasp, non-existent?!

Now I’m not a medical professional or expert in any way. However, I am a 50-plus, post-menopausal hottie, who’s on this evolving journey, gladly and willingly sharing some of my own and others’ experiences, although by its very nature, each of us will have our own individual experience.

For many of us, these hormonal changes can bring on physical and psychological changes which can affect self-confidence, body image, energy, libido etc. Conversely there are women who report a feeling of empowerment, freedom, high energy, self-awareness, increased or improved libido and lustful thoughts.

I guess the million pound question is: Do hormonal fluctuations have to mean “no sex please we’re (flushed and) British? Or a lusty, resounding “Hell yeah baby, my place or yours?” Or can they add up to a bit of both?

Having recently read an article I wasn’t shocked by new statistics showing up to a 30% increase of 50-plus year olds getting divorced, whereas other age groups have remained the same. With so many changes happening in and around us, this made for interesting reading, swiftly followed by a “No sh*t Sherlock!”

However, many do remain married, living happily (-ish!) ever after! So it’s not totally bleak and unbalanced, even if our hormones feel like they’re telling us different...

While we can only speculate about the reasons 50-somethings are splitting up, it doesn’t automatically mean a single life beckons. There has been an increase in new relationships being formed, with more people (re)entering the dating pool in their 50s and beyond, than ever before.

You don’t need to be a genius to work out how or why there has been a noticeable increase in sexually transmitted diseases amongst the same 50+ age group. Now we’re far from prudish around here, but we would urge everyone to always practice safe sex always.

We’re not advocating or insisting upon total abstinence, even if that is the only foolproof way of not catching anything anti-social and contagious in the underwear and ‘undercarriage’ department...

You’ve no doubt heard of the term ‘Cougar’ which has surfaced in recent years, where women take a more, ahem, ‘proactive and empowered’ dating stance later in life, attracting younger suitors.

For so long, it’s been acceptable for men to ‘date younger’; as women become more confident and economically independent, the non-judgemental tide seems to be turning in our favour too. Whoop whoop hotties - is 50 now the new 40? Could it be a menopausal revolution?

I’ve taken one for the team here, and delved deeply into the topic of post-menopausal libido. I’ve discovered a wealth of books and articles I never knew existed, which openly and frankly talk about post-menopausal women, the impact of menopause on libido, and women’s changing attitude to sex.

Even where sexual activity has dwindled before, peri- and post-menopause in their relationship, long term or otherwise, women are openly discussing their sexual fantasies and libido. Is that because of medical advances (HRT or supplements), education, media, social economics, empowerment, environment, hormones and/or changing attitudes?

One study indicated that it could be due to a drop in our oestrogen levels after menopause and our testosterone levels (the male hormone associated with libido) become more predominant, which could partly be why some women report a post menopausal spike in sexual desire, activity and fantasy.

An attractive, 60-something ex-tennis pro attributed her menopause as the main reason for having a 15 month affair, which eventually ended her marriage. Now I must make it clear that I don’t personally condone anyone having an affair.

However, I’ve had several conversations with women in their 50s who say that much of their sexual frustration stems from a mismatch in libidos, and their appetite for sex is higher and stronger than that of their male partners. So maybe Cyndi Lauper hit the right note when she sang ‘Girls do just wanna have fun’.

Finding myself single again last year and in my mid fifties, it has been quite the ‘transitional period’, but finally, after an interlude of self reflection and adjustment, I’ve decided to take a leap back onto the dating scene.

It’s a different experience dating in your 50s compared to your younger years, yet much more empowering and rewarding.

I admit I was terrified and excited initially. It’s quite an adventure, and huge learning curve where I’ve had the opportunity to learn so much more about myself and the wider world. I definitely know now what I do and don’t like/want. I also know that there is life, fun, love and happiness to be found at any age. It’s strangely yet happily been both liberating and confidence boosting.

I’ll keep you posted; or maybe not, as a lady never kisses and tells (tho’ who said I was a lady?!?) well apart from to her girlfriends, colleagues and anyone else who’ll listen...

I’m no cougar by any stretch of the imagination, but it’s good to know that love, life and lust don’t die just because our hormones dwindle/fluctuate, and that we’re not defined by an age or number but more of an attitude.

There are so many influences and life experiences which impact and shape our future relationships. And all I know right now is that it’s a new chapter which I’m embracing with gusto (after an afternoon snooze), savouring every moment and enjoy exploring this part of the journey with a new found confident outlook..

Hotties yes! it is an individual journey but we are not alone, be assured that life doesn’t end with menopause it’s a new chapter.
At times it’s bloody tough while others it’s liberating and exhilarating. So look out world the hotties are here and ready to sizzle..
Embrace your inner hottie goddess, love yourself because you rock. Until next month hotties, happy fantasies.

***Hot off the press***
P.S. A lady I know with a fondness for the ‘silver fox’ type, has just told me about another dating phrase (and the opposite of a Cougar) doing the rounds with her 40 and 50-something gal pals who share a fondness for the more ‘mature gent’.

They’re reconsidering their dating preferences and ‘merits’ of embracing the ‘Cougar’ way, preferring to be someone’s partner than their (premature) carer; they don’t want to be “a nurse with a purse!”