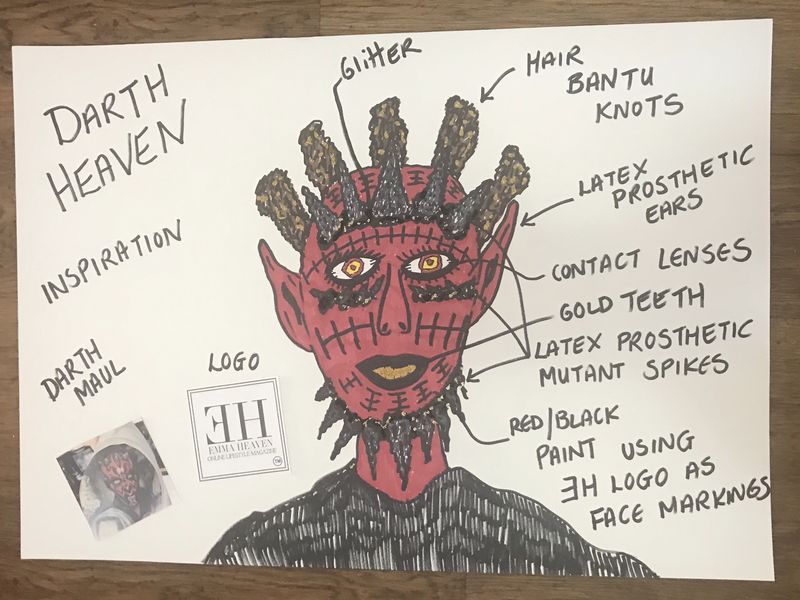 A long time ago, (December 2015 to be precise)...in a studio* far, far away, (*Studio Heaven Swansea), Princess Emma - Emma Heaven, owner of this here EH magazine - member of the Imperial Senate and agent of the Rebel Alliance, did a photoshoot, fighting off an evil Stormtrooper (videographerJack Heaven) with a lightsaber, blaster and some gigantic buns (of the hair variety!)

Little did we know that many years later, Emma would be seduced by the dark side of the force and become an evil Sith Lord. Pah! Who are we kidding?! Any excuse to dress up and play Star Wars. Actually, no excuse needed whatsoever!!

To say my family is a little obsessed with Star Wars is putting it mildly; the excitement for the final instalment in this current trilogy has been building for quite some time and it’s fair to say, my ‘bonkers brain’ went into overdrive as it conjured up ideas for a Star Wars themed shoot.

The Star Wars shoot we did back in 2015 was so much fun, that it was inevitable we would revisit this theme again in the future; and with the new film’s imminent launch, the timing was perfect.

HOWEVER, this time I wanted to be the villain! The Empire was ready to strike back!

One of my favourite ‘baddies’ has to be Darth Maul with his red and black face, evil yellow eyes and horns sticking out of his head. He would be my starting point.

Out came my pens and sketch pad. Time to create my mood board, ready to present to Beth and Hilary.

The colour theme would be red and black, yet the facial markings would be inspired by the magazine’s ‘EH’ logo.

Yellow contact lenses (oh joy, my most favourite prop in the world, NOT!) pointy ears, Bantu knots, lashings of black and red paint, and a long, black, hooded cloak.

Oh and horns - mustn’t forget the horns - but instead of having them sprout from my head, I wanted them to protrude from my face. And the pièce de résistance, the lightsaber!

Mission and vision accomplished - over to Beth and Hilary to create and weave their magic.

Our evil Sith Lord was created and Darth Heaven was born…

After being transported by lightspeed into the studio - accompanied by our excited videographer Jack, who got to dress up as a Stormtrooper AGAIN - Adrian got to work capturing all the fun and frolics on camera, before going on to work his magic in the post production. 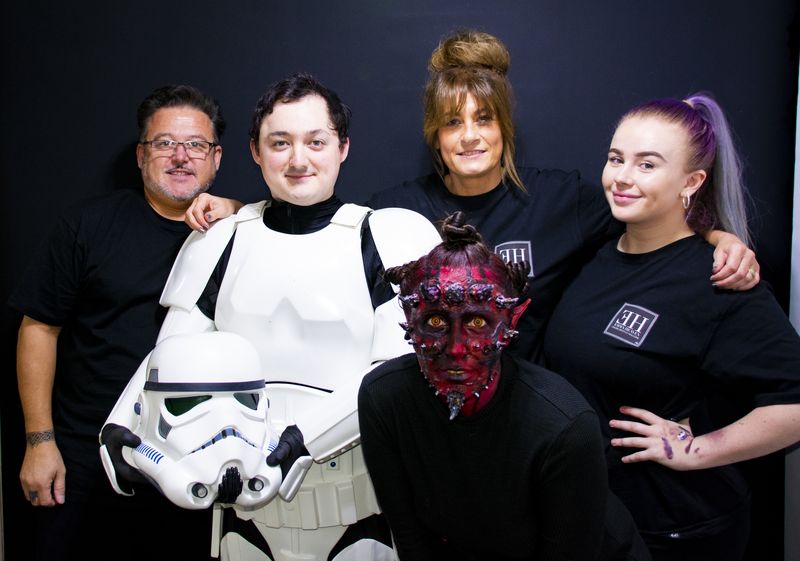 “And now we invite you backstage to see this month’s shoot: Darth Heaven.”

Join us on our journey to the dark side...