“Hi gals. Where am I jetting off to this month?”

“Say that again please, but more slowly this time”.

“Yes, that’s what I thought you said. Have you started on the Aperol early today gals?!”

Yes my ravishing readers, you read that correctly. That is how my conversation went with those ‘darling’ gals for this month’s assignment!! Thank heavens we weren’t on FaceTime. My facial expressions were NOT a joy to behold... 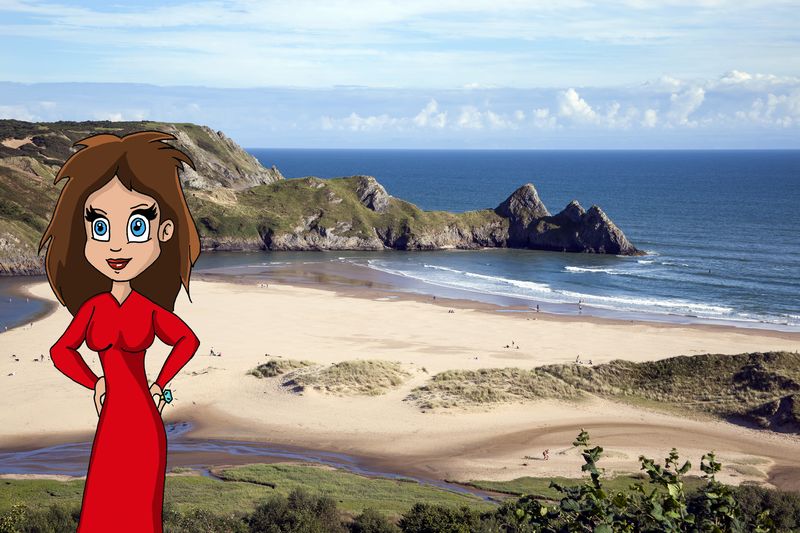 Team Heaven want me to visit Swansea in South Wales for the August issue. Really ladies? What could possibly be in Swansea that would get me remotely animated about visiting? One had her passport and luggage on standby as per usual, ready to be whisked to the airport, so please forgive my initial disappointment.

However, when one is in the employ of the UK’s fastest growing online magazine, then one has to shut up and put up, and pull on her big girl’s pants! They did mention something about film stars, red carpets and awards. Although I’m not entirely convinced by their spiel, but being a charitable sort, I shall give them the benefit of the doubt!

Daddy’s chauffeur says Swansea is where our driving licences are kept by some darling chap at the DVLA, while we wait for our speeding points to expire. I have no idea what he’s talking about, although I do wish the family would stop hiding the Jag’s car keys, and stop calling me Penelope Pitstop...

With this seemingly inauspicious-sounding assignment looming over one's perfectly coiffed head, it was time to do a little homework and find out who, what and where in Wales could titillate one the most!

Although a certain ginger guy’s Daddy just happens to be the Prince of Wales, so who knows how this sojourn to the Principality turns out. Hope springs eternal in this particular human’s breast…

Time to turn that frown upside down, and keep one’s eye on that crown!

On this tourist’s to-do list came a highly-recommended visit to the infamous Joe’s Ice Cream Parlour in Mumbles. According to the locals, this is the pinnacle for ice cream connoisseurs. And you know me dahhhlings, like a cat with the cream, I do love a languorous licking to kill some time!

Once my creamy scoops were devoured with lip-smacking gusto, I am delighted to confirm that the locals are justifiably proud of this local delicacy. Never have I tasted anything so exquisitely delectable, dreamy, creamy and moreish in my entire life; and you know me my darlings, I have dined at the most famous eateries around the globe, and sampled a plethora of puddings. Hot and cold... 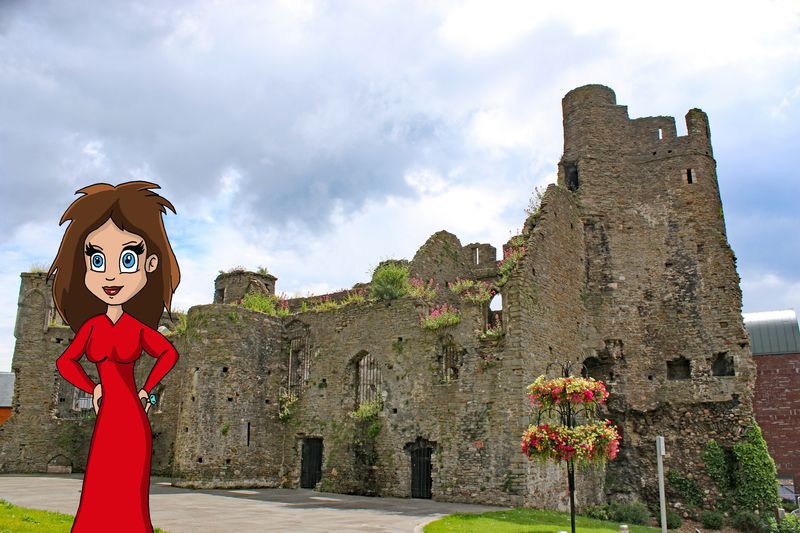 Although the ‘baked’ Alaska I had in North America one time wasn’t quite how I remember our school puddings, nor being required to pass it along and share...Hmmmm. Enough of the flashbacks...

Foodie heaven satisfied,it was time for some nature. A visit to Three Cliffs Bay is an absolute must. Situated on the Gower Peninsula - which incidentally is the UK’s first designated Area of Outstanding Natural Beauty (AONB), rather apt and like little ol’ moi - and the backdrop for an earlier emmaheaven.com Fashion Feast video shoot, Dragon’s Lair.

In hindsight, one hoped someone from Team Heaven had given me a heads up about the three mile round ‘hike’ it took to reach the beach itself. And it turned out to be more fun than I could have ever anticipated once I fully embraced the great outdoors...

It was such an arduous task navigating hilly paths through the forest, shifting sand dunes and wading through rock pools, all while wearing the most fabulous, yet totally inappropriate pair of Chanel espadrilles. They may look divine my darlings, but believe me, they are not built for trekking through the wilderness and most definitely NOT 4x4 footwear!

Thankfully a knight in shining armour - or to be more precise, a surf dude in a wetsuit - helped this distressed damsel. It was quite apparent from his snug attire that it wasn’t only the surf which was ‘up’ that afternoon. With my impractical attire temporarily discarded, I surfed the crest of the waves several times, before resuming my explorations of the other local flora and fauna.

I was further rewarded by the sight of the majestic three cliffs as they came into view. They really are quite spectacular and took what was left of one’s breath away - quite a feat really when one considers that usually the only thing that remotely takes one’s breath away is an eligible bachelor with a rather snazzy title and an enormous trust fund! Or on this occasion, a strapping salty surfer... 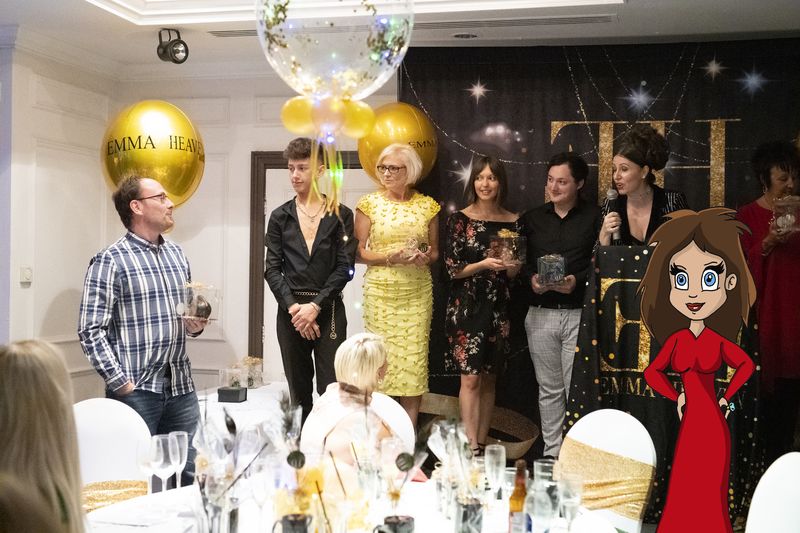 On return to the city, one had been informed that a certain Hollywood star was returning to her hometown of Swansea, to be honoured with the freedom of the city - or something along those lines. Anyhow, apparently all of Swansea’s elite would be attending aforementioned event; tho’ speaking from experience should I say, some of the ‘usual suspects’ and ‘hangers on’ chasing social media likes, basking in the reflected glory?!

A tad harsh maybe, but I’m probably right on the money as always. It’s just a pity that one’s BS radar doesn’t work quite so well all of the time, especially in matters of the heart - it would have saved me a lot of heartache, and saved Daddy an obscene amount of money if it had!

Not one for keeping up with the Joneses, or the ‘Zeta Douglas Joneses’ for that matter, one did manage to inveigle an invite to this gala event. It’s amazing what a title can do for a gal to open doors.

As I suspected, it was a pretty predictable ‘grip and grin’ yawnfest but I did bump into some rather fun Welsh chaps who proceeded to educate me on the local clubscene of Wind Street, which was quite the experience!

It’s chock full of clubs and pubs, which were an absolute riot. One even ended up dancing on the bar at Coyote Ugly - named after the film. I danced with gusto, giving it everything I had, twerking, gyrating and I even threw in a few bouncy squat-like moves which I later learnt are called ‘Slut Drops’ - absolutely shocking but apparently it’s quite the ‘done thing’.

On the plus side, I left the bar with quite a stash of cash, which the clientele generously bestowed upon me, such is their appreciation of dance and the fine arts...Tho don’t tell the taxman; or Daddy, as he will deduct it from my allowance. It was quite a lucrative evening, but I don’t want to make too much of a habit of it; I won’t be performing them again in a hurry and certainly not at the main event - The EH Awards. 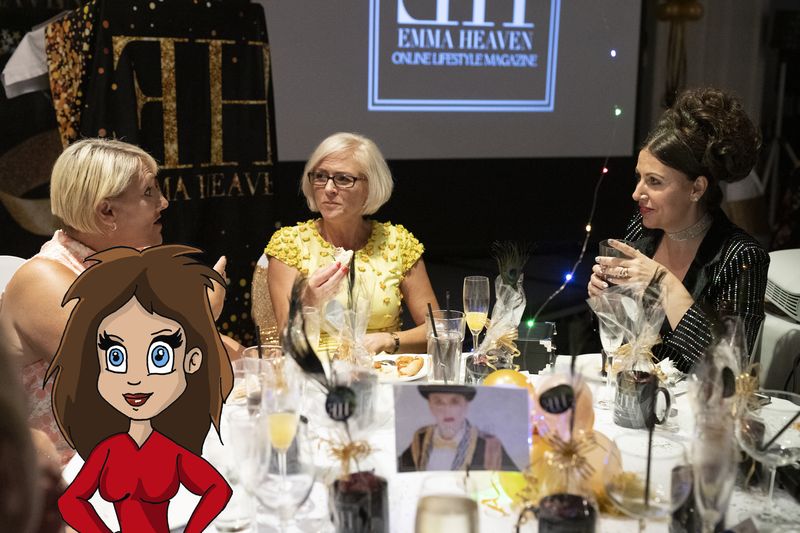 e awards were held at the Mercure Swansea Hotel and I was rather nervous about meeting the rest of the team. One needn’t have worried, as I was greeted like a long lost relative and immediately welcomed into the family (which is almost as dysfunctional as mine!) and taken under the wing of The LWA. What a fabulous and hilarious group of women.

Talk about a baptism of fire! The conversation was naughty and the language more than a little fruity, but I was able to hold my own as they say (and no-one else’s, contrary to all the rumours…) helped along with lashings of fizz. It was a night to remember as these guys and gals certainly know how to party; but as in Vegas - what happens at The EH Awards, stays at The EH Awards.

The highlight of the evening, nay pinnacle of this entire trip, was when they announced the winner of Favourite Feature as voted for by you, my dahhhhling readers.

Yes. Favourite Feature was awarded to ME!!! Oh yes, little ol’ moi, Lady P, was the reader’s choice for the 2019 awards. One sashayed to the stage in her feathery finest, to humbly receive my award. Luckily I had the foresight to prepare a succinct and not overly sentimental speech. No one, and I mean NO ONE, wants to see a rambling repeat of Gwyneth, aka GOOP, and her Oscar acceptance speech. After all, one is quintessentially British, and has a family name and stiff upper lip to maintain!

After all the adulation from Team Heaven and guests, I couldn’t wait to FaceTime Mummy and Daddy to tell them my wonderful news. They are now the proud parents of an award-winning Travel/Events correspondent at large.

Daddy must have been impressed as he generously raised my allowance and upped my credit card limit. Jackpot!!! Had I known this was all it took, one might have found a job years ago. And I am most definitely going to keep quiet about my lucrative Wind Street windfall...If Daddy were to know just how adept I am, he’d pack me off to the Moulin Rouge and cancel my monthly allowance toute de suite. 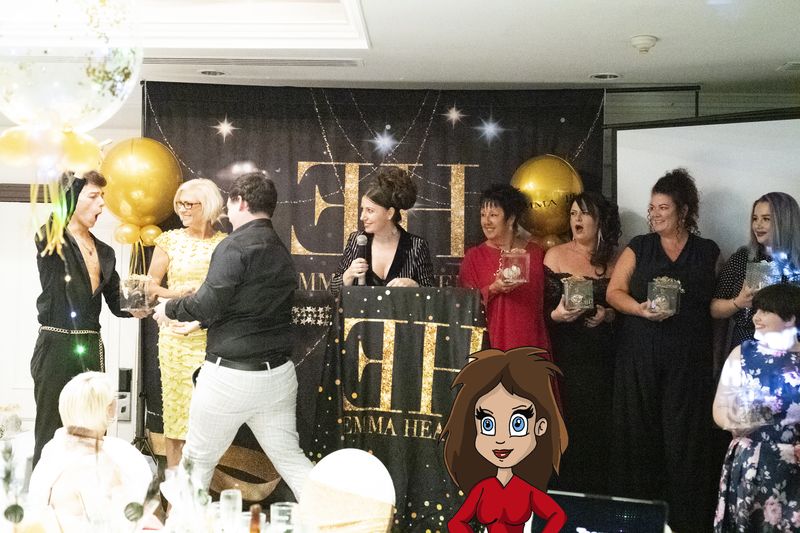 And there you have it darling readers. I. Lady P. Award-winning correspondent. Living the dream. In Swansea. Who’d have thought it eh? Lady P, on a staycation. In Wales!

Despite not running into my gorgeous ginger, I was consoled by that strapping strawberry blond surfer; and I left the Principality with an open invitation to return, for me to wax his board, day or night. I might just take him up on it, as my dalliance in the sand dunes was such a divine way to further my geological studies. And he was able to further his gynecological studies. So everyone’s a winner.

I’m really looking forward to visiting the fabulous Emma and Team Heaven again next year, to repeat the madness. That’s if they’ll have me back. If only to apologise…

Who knew a gal could have so much fun without a passport? Tho it’s bad enough that I can’t lay my hands on my driving licence, and now I can’t seem to find my passport. Daddy says I’m on some sort of government watchlist for the foreseeable.

Anyone would think the Palace is trying to stop me from leaving the country. I hear South/Southern Africa is lovely in the Autumn. Not that I have my eye on my ginger prince’s forthcoming visit to the southern hemisphere.

Anyway, I digress. If you could track down a new passport for me so that this bird’s wings aren’t too clipped, I’d be eternally grateful. Mwah xoxoxo***