Oh ye ravishing readers. Hold on to your martini glasses darlings, because I dropped mine when I got this month’s assignment!

One was to be despatched to the city of sin and party central. Las Vegas baby! Channelling this month’s ‘Blingtastic theme, it was only right and proper to see it all the way through to its (un)natural conclusion! There is NOWHERE on planet Earth quite as blingtastic as Las Vegas!

Prada sunglasses on, and a sashay to rival Marilyn Monroe, it was time to pack. Vegas baby - here I come!!

Betwixt and between seasons of SS/AW 2018, what a sartorial headache. What on earth’s a jetsetting gal to pack? What’s appropriate and what’s not? Just to err on the side of caution, and in true Lady P style I booked an extra 100 kg excess luggage. Daddy is going to hit the roof when he sees the bill, but it won’t be for a few weeks yet!

Bridget, our au pair/language exchange student/trainee farmhand and general Girl Friday, was looking rather bored and underemployed, so I enlisted her to help me pack as many different styles and options as humanly possible. If I’m going to ‘lose my shirt’ at the casino, I had better have plenty in reserve to preserve my modesty! 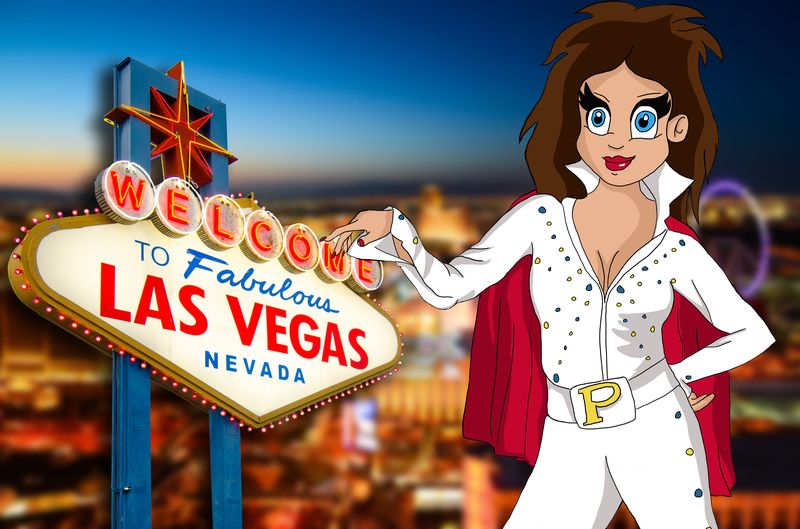 Although if memory serves, when my ginger Prince Harry hit Vegas, the photos I saw of him didn’t involve much clothing...Perhaps it was his birthday which would explain why he was in his birthday suit in all those pics?!

Anyway I digress...So with a wardrobe to die for and a stash of Daddy’s credit cards just begging to be used and abused, I was ready, willing and able to conquer the delights Las Vegas had to offer.

Obviously this gal likes to shop like a fiend, and although I was loaded up with Daddy’s credit card, I didn’t want them blocked before I’d had a chance to hit the ground running.

With shopping expeditions temporarily put on pause, I decided to try my luck at the casino. Imagine how proud Daddy would be when I doubled, tripled or even quadrupled his money/my stake at the roulette wheel. And just think of the damage I could do at the fashion stores with all that extra cash?! 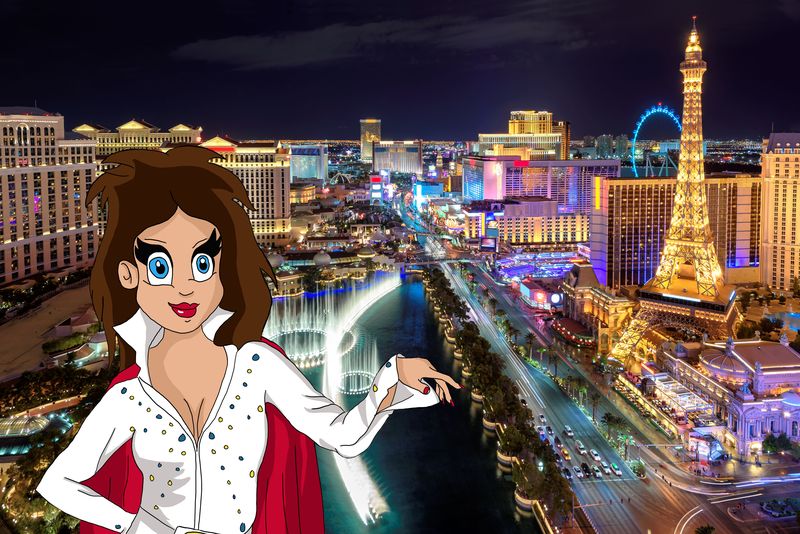 Not being particularly familiar with the rules of roulette - although I have watched enough Bond films to get a basic grasp - it seems to be that you either pick a colour or a number and put down as many little plastic chips as you desire.

I was rather overcome with a rush of excitement and the power of having all that plastic to play with and put where I desired; it was the most excitement and heart-racing activity this gal’s had since playing kiss-chase with the rather hunky gardener Daddy hired for the estate. Alas Daddy had to dismiss him when he found us in the barn, making hay while the sun wasn’t shining…Poor chap was going to catch his death if I hadn’t quickly helped him out of those cold, dripping wet clothes!

Ooooof, now where were we… Ah yes. Back to the tables. To hedge my bets, I put chips on nearly every number possible and a few on black - it’s such a good colour - so terribly flattering and versatile.

My heart was beating faster than that time my beloved ginger Prince nearly knocked me down in his Audi on the King’s Road. With adrenaline coursing through me as the wheel spun with the little ball jumping about, it finally nestled in number 4. I leapt in the air as the croupier shovelled a huge stash of chips in my direction. 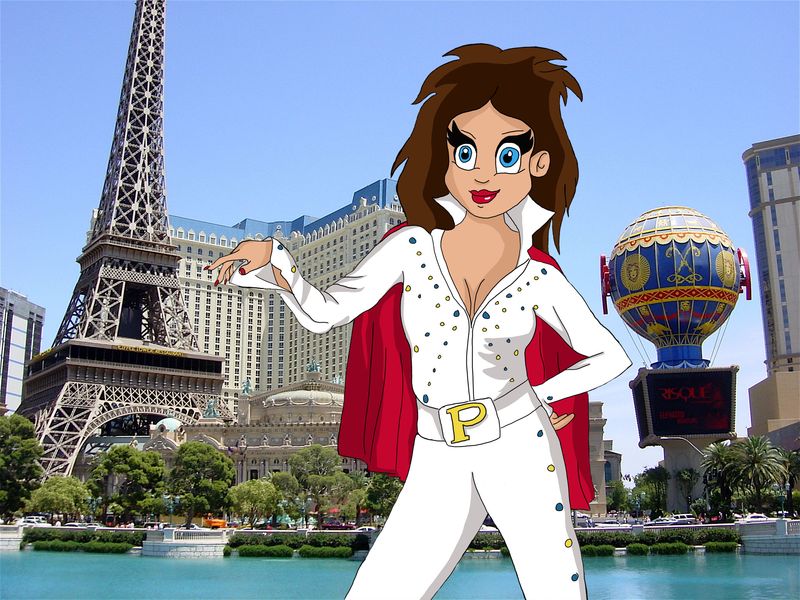 I’d been inspired by my darling Lewis Hamilton’s racing number 44 - it proved to be a winner for the both of us. I must invite him out to celebrate when I return to the UK. Daddy’s always complaining about my driving, so maybe we could go for a little driving lesson and kill a few birds with one stone.

After this wonderful windfall, I was now faced with a huge dilemma. Take the winnings and run, or make the ultimate gamble and put it all on my lucky number 13. As Daddy always says – ‘GO BIG OR GO HOME’ - so being an obedient soul and Daddy’s girl that I am, I piled the whole lot on number 13. As you can imagine, things got pretty wild and all hell broke loose when my number came up.

It all gets rather hazy after that point. The kindly croupier had to call for medical assistance to help with one’s breathing; the dashing young paramedic confirmed I was having a panic attack - the last time that happened was when Daddy cut my cards up! I was soon feeling better after breathing slowly into a paper bag, followed by a large glass of cold bubbles (always calms the nerves) and a super enormous handbag to put all the chips in!

Daddy almost fell out of his fireside chair when I Skyped’d to tell him how well I had done. He told me I was a very clever lady, to enjoy my winnings and that he would pray with every fibre of his being that I would be this lucky in finding a man! My sentiments exactly. 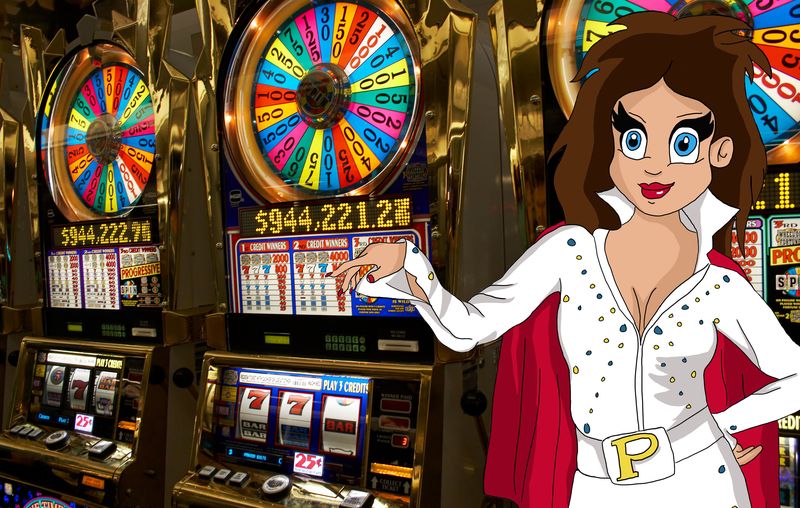 If my ginger Prince won’t be evicting that down at heel Duchess anytime soon, I need to refocus my affections and attention. Oh darling Lewis, we would make such a winning team. Note to self/Alexa ‘where is Lewis Hamilton racing next?’ I need to make sure I’m trackside, cheering him on as any supportive girlfriend would. In some quarters this might be called stalking. My gal pals and I call it being ‘focused and determined’. Do you see the difference?!

Daydreaming to one side, I took Daddy’s advice and spent the whole day shopping in Vegas’s designer fashion stores, buying up enough bling to last several lifetimes. The jewels are like giant baubles, and one is certain she will bedazzle and outshine all her friends and frenemies at the Christmas ball this year. I shall be the talk of the town, but this time it will be for all the right reasons!

Anyway with so much money to spend, so much shopping to do, yet so little time to do any sightseeing, what was a cash rich/time poor gal to do?! Put your violins away…

I’d already been to Coco Bongo in Mexico, so a visit to Cirque du Soleil was not on the top of my list. Instead I decided to see some Stateside royalty in action, and watch the Latina queen herself – J Lo! The woman is a goddess!

One was enthralled by the whole spectacle and ridiculously pleased to find that one’s shopping haul was as if J Lo herself had been my personal shopper. 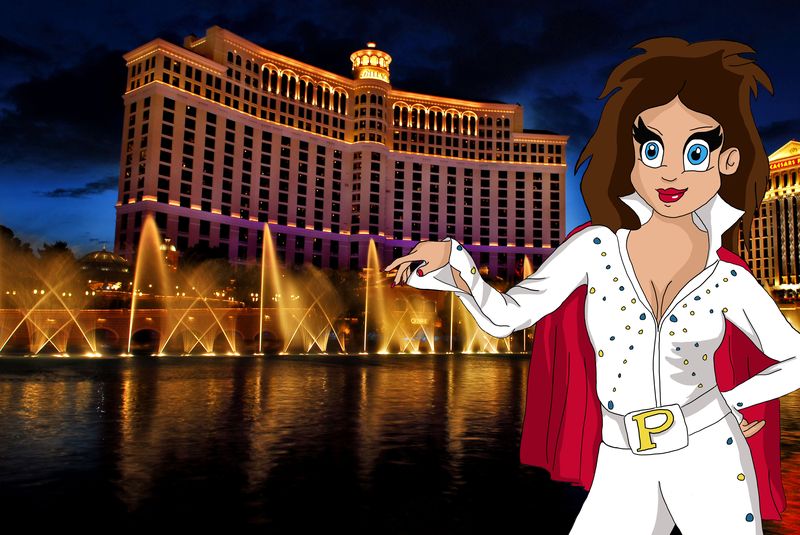 So as I sit in Caesar’s Palace, ordering room service, laptop open, finding out as much as poss about my new girl crush J Lo, I feel as if we could be best friends if only Daddy could get us an introduction.

We had a few delightful American au pairs/Girl Fridays a few years ago to help with the fruit picking - Ariana or Taylor - I don’t remember exact details - but neither lasted that long. More interested in choir practice and gigs at the local tavern. Went off to do some singing back home I recall. Perhaps they might be able to put in a word with someone for me if Daddy can’t help. I’ll bear them in mind next time we’re catching up in our WhatsApp group brainstorming lyrics.

I can only begin to imagine the shopping dates and girly chats J Lo and I could have. She might even teach me to dance. I’ve downloaded all her films and music videos. I want to learn as much as possible about my new heroine. I could even learn her songs and dance moves, ready to dazzle her with my brilliance when we finally meet, because that wouldn’t be strange or weird at all now would it?!

So my darlings, I have to dash so I can call Daddy to get the ball rolling. After all he does have contacts everywhere. And if all else fails then how expensive would it be to pay for a meeting with the lady herself?!

I would love to stop and chat some more, but the gals back home reminded me ‘what happens in Vegas stays in Vegas’, and I worry that I may have said too much already.

I’m still Lady P, a casino chip off the old block...signing off until next time!