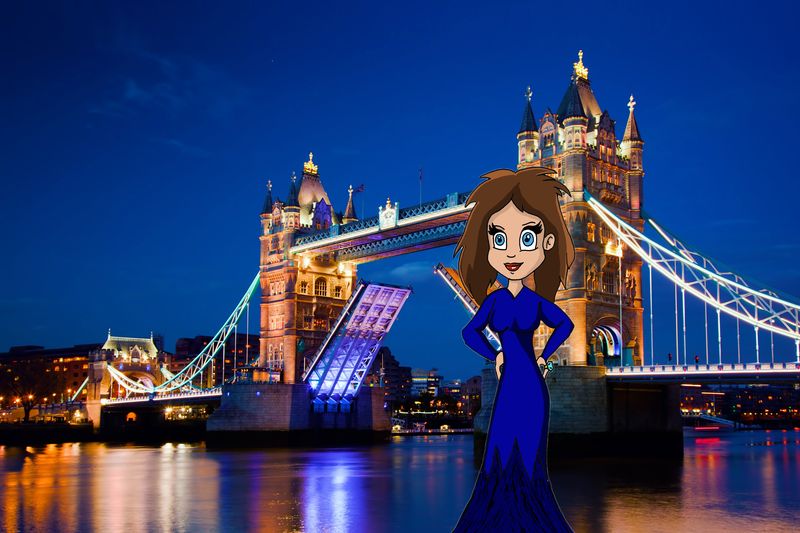 When one isn’t globetrotting, one resides in a townhouse in London, in that well known ‘ghetto’ Knightsbridge, not far from every Sloaney Pony’s favourite corner shop, Harrods... I don’t know you well enough just yet to tell you how I spend my nights, but one’s days are devoted to Bond Street where I have a penchant for Chanel handbags, Gucci sunglasses and all things Burberry dahhhling. After all *they* are British and we always support our own.

Lunch is obligatory (solids optional), and one is often spotted at the Ritz dining on beef Wellington whilst innocently overhearing salacious gossip.

Take for instance just before Christmas, whilst tucking into my traditional roast partridge with a glass of Krug Grande Cuvée, I happened to overhear the salacious details of a scandalous affair - no names mentioned, but their initials are… oh I’d better not, as I’m the epitome of discretion - but I’ll let you into a little saucy secret...it involved a minor Royal arguing on the telephone with some chap called Jeremy Kyle, or maybe was it Clarkson?! Anyway, ‘burn rubber’ and ‘gear’ was mentioned, and then the pesky maître d' came to fill up my glass as it started to get really animated… But can you imagine the carnage that’s caused? It’s monopolised high (and low) society conversation for the last month. We’ve speculated about nothing else! 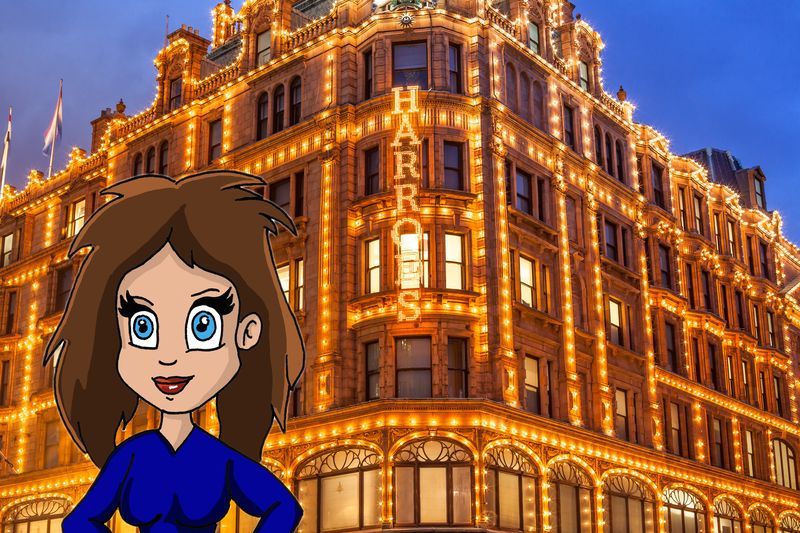 At weekends, one retreats to the country to stay at some draughty, stately pile with family and friends. In the winter one has been known to nip to Verbier where I’m on the piste both night and day. Springtime is obviously Paris darlings and the Summer is a jet between Monte Carlo and Sante Fe and the Fall is delectable in New York, and when I can fit it into my hectic schedule, I like to sample other cultures around the world. 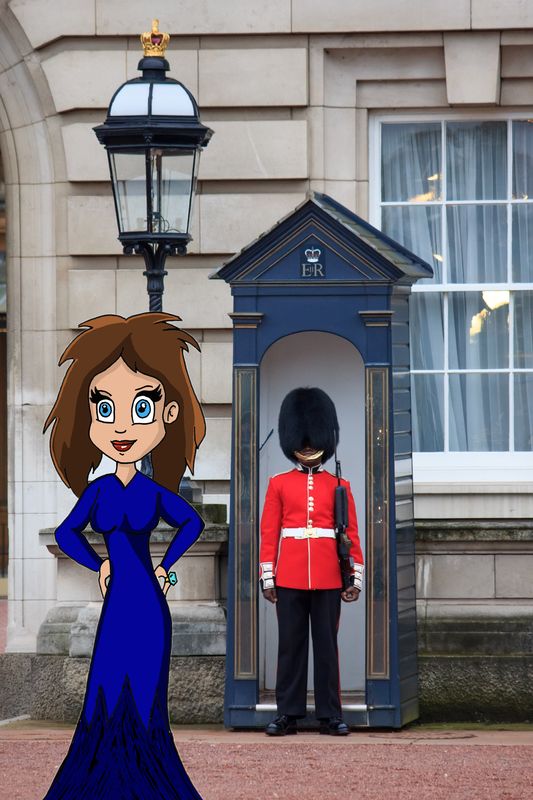 One feels one was chosen for this highly coveted position due to one's impeccable breeding and credentials, outlook on life and an all round passion for all things fabulous. Well after all, I am pretty damn fabulous. And when one is as fabulous as I am, they need to be seen experiencing the fabulousness of all that the world has to offer. Bravo, simply fabulous!

The brief for this position was to embrace all that the world has to offer and to document my travels with lots of selfies. Now understandably darlings I didn’t have a clue what a selfie was - I was quickly corrected when I asked if it was ‘txt spk’ for that other super little London shop, Selfridges - so imagine my surprise when one realised one would have to take photos of oneself in front of interesting landmarks with one’s smartphone. Genius!

Upon telling Mummy and Daddy that one had landed a brand spanking new literary column, Daddy said “Bravo Darling Ditsy, go forth and be fabulous”, and Mummy said, “Jolly hockeysticks!”. Tho there had been a lot of sighing, snorting, braying and guffawing initially, when they answered the phone and I told them my fabulous news. Not sure if they were mucking out the stables or in the middle of ‘getting jiggy’...

Hmmm. Come to think of it, ALL my nearest and dearest answer the phone to me like that before composing themselves to speak. Oh well, if one can be a little ray of sunshine in their lives with my tales of derring do and general fabulousness, then my time here is not wasted. 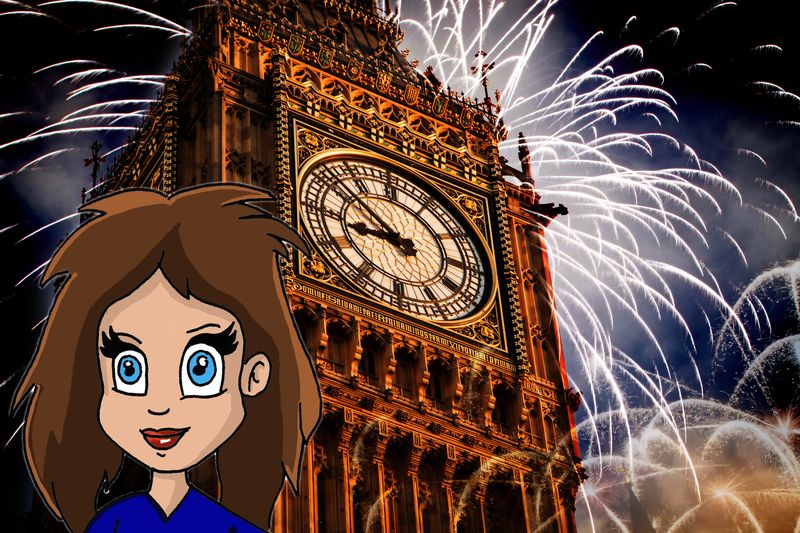 Growing up one attended boarding school and while I wasn’t particularly academic or sporty, I excelled in being popular and quite fabulous. A real catch! Like most of my peers, boarding school was spent discussing how to hunt and snag a rich husband, who would keep us in the life we’d became accustomed to. This was a hot topic and one that was debated with vigour.

I’d like to say lessons were learned in my quest for the perfect man, but all I have left to show for my failed relationships is a wonderful collection of engagement rings that would make Harry Winston* proud (*like Elizabeth Duke at Argos, but a tad posher).

Some would say I am unlucky in love. Daddy says I’m naive. Mummy is a great believer in the fairytale ending and believes that one day I will find my Prince Charming, but that I have to kiss a few more frogs first. However, one is bloody fed up of puckering up to frogs. Also I’ve had to correct Mummy that it is no longer politically correct to use that term, as we are all Europeans now. Well we are for the time being...

If one was measuring the excitement of her first assignment on the Richter scale it would be a resounding 10. Incidentally, those rather nice clever science chaps Elon Musk and Brian who used to play keyboards in a 90s band, told me all about Richter over cocktails and canapes at a fundraiser for retired astronauts at the Dorchester last year. Anyway, I digress...

So one is thrilled to announce that one has been deployed to Munich, Germany for the Starkbierzeit Strong Beer Festival, which includes two weeks of festivities where I get to experience my first keg. I have absolutely no idea what a keg is but one is willing to explore it with gusto.

Someone also mentioned ‘steins’. Wonder if they’re any relation to that chef chappy Rick who rustles up a half decent fish supper?!

Off I go, Tally-Ho and toodle pip!

Yours, the simply fabulous…