In-between my social whirl, my latest #TeamHeaven missive said that I was to be sent on a pilgrimage for Easter. With visions of deserts, camels and billowing clothing with one’s convoy of servants trailing in one’s wake, I envisioned a sojourn to the Holy Land. So imagine my surprise when I learnt that it would be a visit to the chocolate home of Lindt.

After last month’s disappointment of not seeing any Oompah Loompas, one has ditched the planned kaftans and sandals, and hot footed it to Switzerland pronto. Daddy’s hoping I’ll snare a rich Swiss banker to bankroll the estate’s overdue refurb. I however, have other plans!

Come with me and enter a world of pure sensory delight to satisfy all of your senses. Darlings, I’m going to tantalise you this month as I indulge one’s childhood fantasy by visiting the home of chocolate. One is going all Willy Wonka on you in the quest for the perfect Easter egg.

One was all geared up, complete with contraband - mobile phone for candid candy pics and notepad and pen to ‘borrow’ secret recipes and ideas. 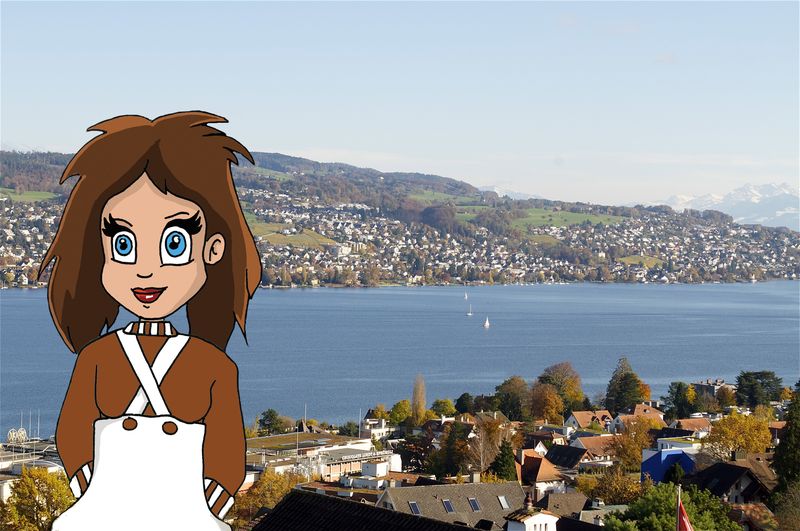 Although one was forewarned that filming was strictly prohibited, being an unashamed, self-confessed chocoholic, and not one to be a stickler for following the rules, I thought “balderdash”. However, one’s devious little plan was thwarted from the off. Us mere mortals are not allowed to watch the chocolate being made and are shown to a small room to watch a digitally remastered copy of Charlie and the Chocolate Factory. Pffft! I could have stayed home with Daddy and the dogs to do *that*!!

Thankfully my mission wasn’t to be entirely in vain. And after recovering from the shock of being denied such an awesome experience, they rather fabulously softened the blow by granting one a posh ‘trolley dash’ through the gift shop.

Obviously one was swivel-eyed and spontaneously combusted at being temporarily granted the keys to chocolate heaven! Can you just imagine being allowed to take what you want? And not pay? License to steal AND squeal!! I’m reliably informed by the chocolate cognoscenti that such a reaction is called the ‘Lindt glint’! 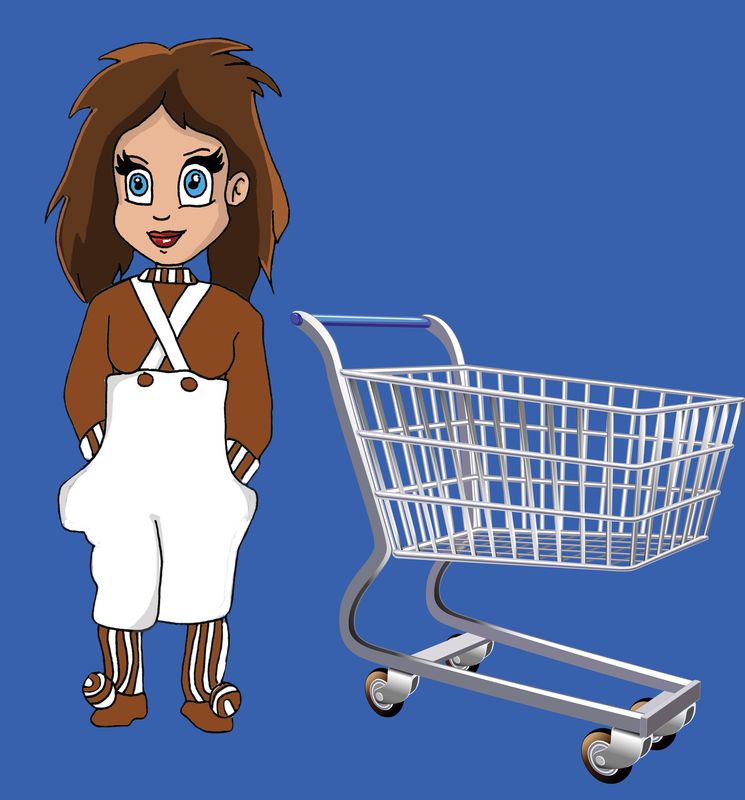 This trolley dash could only be bettered by being let loose at the Chanel store. That my darlings is what sweet dreams are made of and one can but dream, because one has more chance of P Diddy (apparently he’s some gangster rapper type, imagine the thought?!) knocking at her door for a date, than Karl Lagerfeld loaning me the keys, allowing one to run rampant through his kingdom.

One’s trolley dash haul - since rebranded as ‘Choco-haulic’ by those lovelies at Lindt after my frenzied foraging - included: 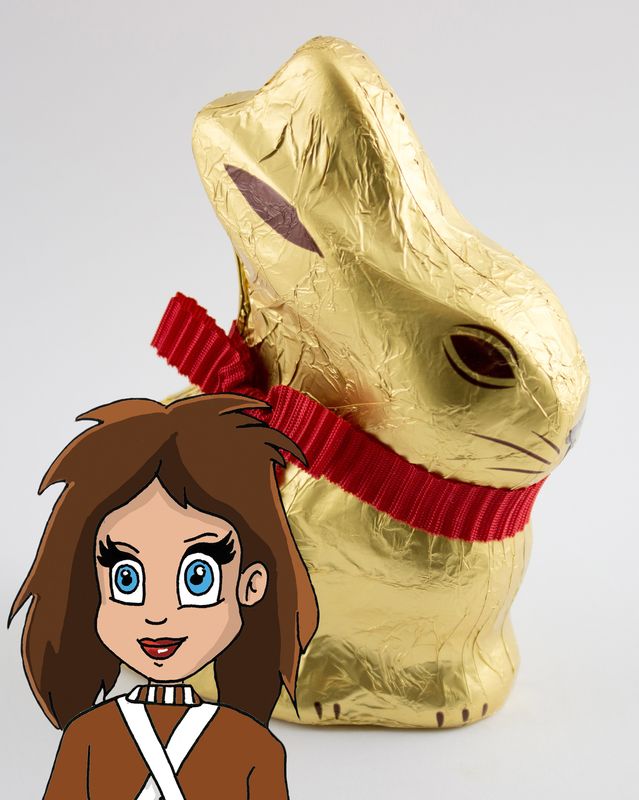 One was politely asked to leave the gift shop before the allotted time had finished, such was the zeal one sprinted down the aisles. On a plus note, the Olympic headhunters for the Athletics Team GB have got wind of my speed and agility, and one is going for trials when one returns to the UK. Daddy will be so proud to know that all those years spent sharpening my elbows and wits in preparation for the sales at Harrods haven’t been wasted!

Several hours later one was to be found under a mountain of foil wrappers. A mountain of such gargantuan proportions, the Princesses Beatrice and Eugenie could be found skiing down them… Looking a sickly shade of green and sporting a chocolate food baby, not even maternity wear could cope with, meant it would be impossible to wear bodycon that evening. One simply adores dressing in Herve Leger. Alas the only bandages that could fit one’s girth after this bonbon blowout would leave one looking like a Mummy, and not of the parental variety!

After that debacle, one didn’t have the chance to see any more of Switzerland thanks to chocolate sickness and inevitable wardrobe malfunctions. There’s nothing more embarrassing than being papped looking heavily pregnant, yet one is ‘sans child’. Can you imagine the salacious gossip? Bun in the oven and no ring on the finger. Simply terrifying. One does have some decorum! Well at least in public... 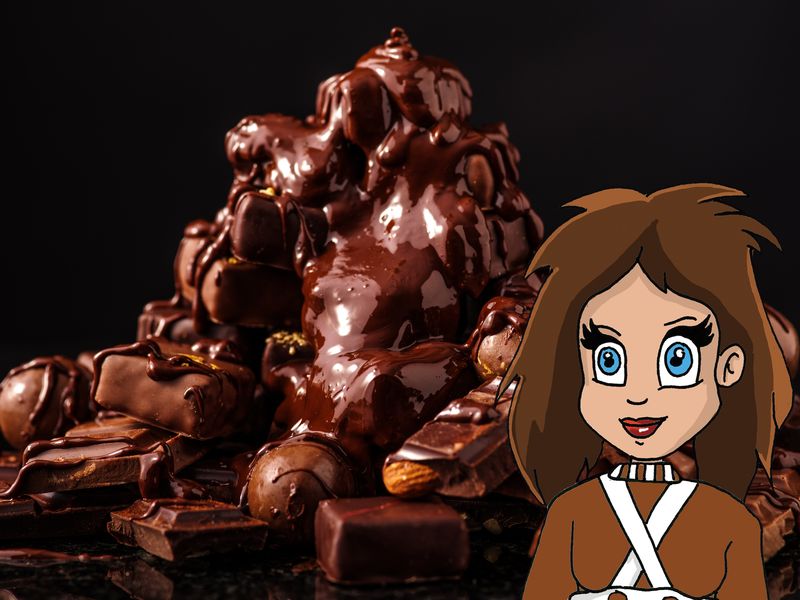 There was much disappointment that one had to forego the cable car ride up Mount Titlis - with a name like that, one thought she’d finally found her spiritual home...Who would have thought a mountain and little ol’ moi would have something in common?

With an adieu and au revoir to Switzerland, it’s back to good old Blighty, several pounds heavier. Still Tit-less and still clueless about how chocolate is made. To steal the phrase off one’s dear family friend (and Daddy’s former car salesman) Jeremy Clarkson, ‘And on that bombshell…’

I sign off for this month, to get ready for my next secret mission…Tally ho! Toodle pip!

***STOP PRESS*** Our ‘Girls in Pearls’ WhatsApp group has gone craaaaaazy this week! It’s been the talk of South Ken ever since the news broke! 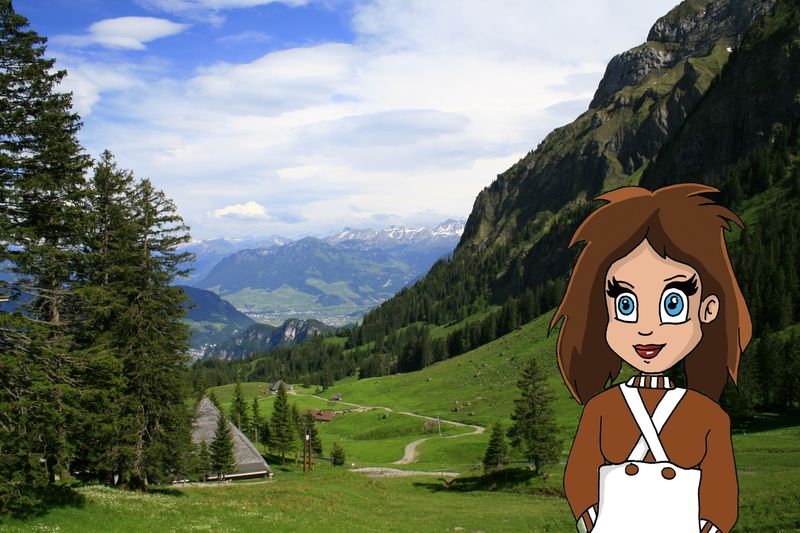 The strawberry blond prince isn’t inviting world leaders to his nuptials at Windsor next month. Hoorah and yippeeeee - that means infinitely better odds of bagging an invite AND an aristo for meeeeee!

Do you think it would be ‘de trop’ to gatecrash Ginger’s stag and have him elope? One’s tiara has just come back from being cleaned at the jeweller’s...