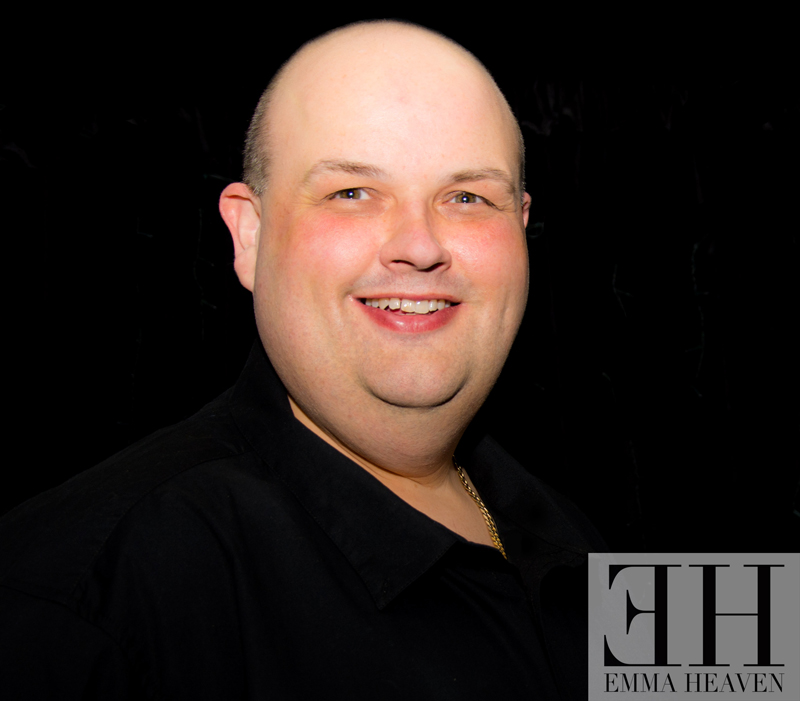 Picture the scene: you’re a small child standing in front of the mirror, hairbrush in your hand, singing your heart out, dreaming of becoming a world famous singer/popstar. Well not this month’s ‘In The Spotlight’ guest - and singer - Martin Broad! He had never dreamt of becoming a singer/popstar as it had never even entered his mind!

In his early twenties, Martin’s parents ran a nursing home when one year he came up with the idea of putting on a variety show for the residents, persuading the nursing home staff to perform various acts. When asked what his contribution would be, he quickly replied “I’m going to sing a song”, which was met with slightly raised eyebrows along with a resounding “yeah, right!” Martin was shy, nervous and lacking in confidence - so when he declared he was going to sing, no wonder it was met with disbelief! Martin was a ‘closet’ singer, singing only in the privacy of his own car. At that point, he’d never sung in public - not even a drunken stint on karaoke!

He approached a friend who was a singer to help him out with a backing track and some guidance. His song of choice was Boyzone’s “No Matter What”, which he repeatedly practised until he was word perfect as he sang along to Boyzone. However, when he went to sing solo with just the backing track for company, he froze. He couldn’t remember the words and went to pieces without Boyzone there! However Martin is determined, and he kept on practising until he overcame the fear and nailed the song! 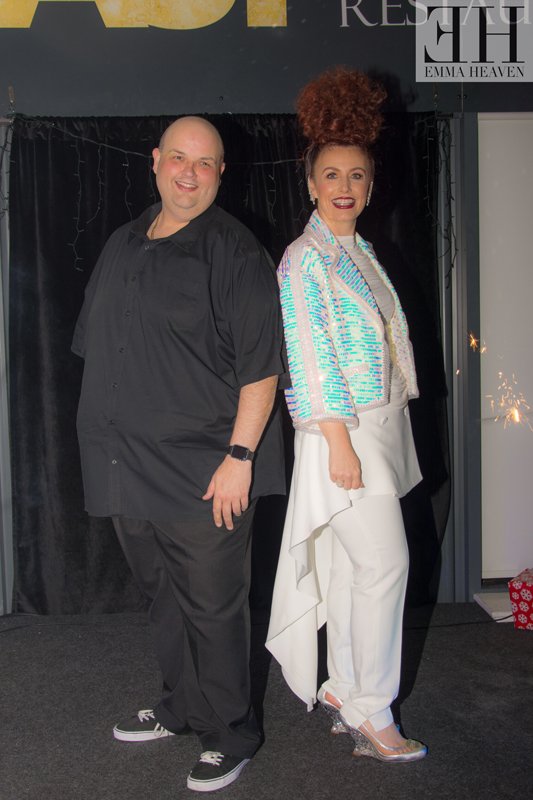 On the night of the show Martin stood up and performed his song, which went down a storm. Everyone was so astounded by his tremendous voice that he was asked to perform the song on Boxing Day at Neath Working Men’s Club. This unnerved him as he had only just managed to perform in front of family and friends. How would he cope in front of strangers?! As it turned out, Martin found it easier to perform in front of people he didn’t know.

For this show Martin learned two more songs: Gary Barlow’s “Love Won’t Wait” and Cliff Richard’s “Mistletoe and Wine”. Although the room was quite small, to Martin - who was so nervous - it felt like he was performing in Wembley!

With another great performance under his belt, Martin decided the time was right to go out on the singing circuit, and so, in February 2000, Martin Broad got himself an agent, hit the club singing scene, and started to build his act and reputation.

A friend who had a club in Spain persuaded Martin to up sticks and move out there to perform, but after 11 months of entertaining in holiday resorts and clubs, Martin wanted to move back home. However on his return he realised he was unhappy and wanted to return to Spain, which he did and where he remained for the next few years. 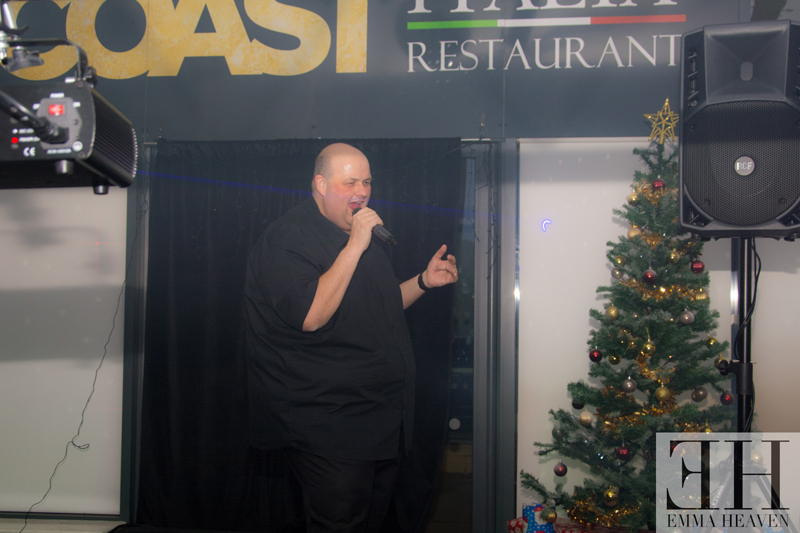 When the work started to slow down with the resorts becoming quieter, the urge to return to the UK struck again, so back Martin came, making a triumphant return to the club singing scene. He has never looked back.

So what does the future hold for Martin? Does he dream of landing a recording contract? He says he wouldn’t turn it down but is concerned how he would cope with fame and fortune and not being able to live a normal life. I scoff when he says he might be too old! YOU ARE NEVER TOO OLD TO ACHIEVE YOUR DREAMS!

He also worries that his weight is holding him back - but he’s now on a mission to rectify that, already losing a staggering amount of weight as he continues on his weight loss journey. He’s joined a slimming group, has abandoned old eating habits - snacking and making bad choices - now eating healthier food and has regular meal times. As the weight continues to fall off, Martin says his confidence just keeps growing. 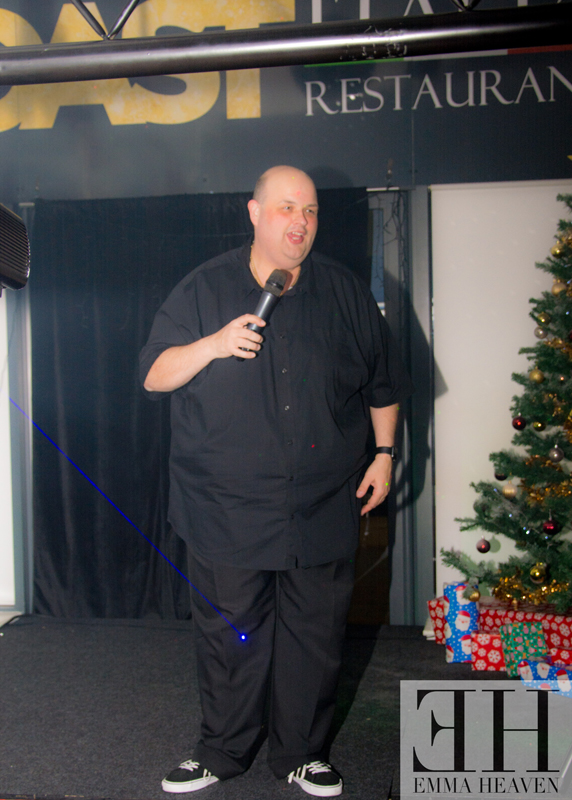 Martin also has dreams of opening his own club, where not only can he perform but to also discover new talent, producing shows with live bands and dancers, extravagant sets and special effects. He has big ideas which require a big budget!

He’s had a little taste of this vision as he’s just produced his first show - a Christmas extravaganza at The Clase Social Club - where he performed alongside other artists, with snow machines, elves and a whole array of special effects. This could be Martin’s calling with a new career direction as he takes his kind of show to unleash it on the public.

Martin lives in the here and now, taking each day as it comes - he loves the variety and how unpredictable his life is as no two days are ever the same. New bookings at new venues with new audiences come in all the time. His act is always changing, keeping it fresh and relevant with new songs to perform with new people. Martin just loves the thrill of seeing how his career keeps changing direction with all the different and exciting projects which keep coming his way.

Martin loves to perform but still gets a little anxious before each performance, especially when at charity shows. The secret to his success on the club circuit he says is “you need a great opening number that will grab the audience.” And Martin has one hell of a great opening song: Take That’s ‘Hold Up A Light’. It was the first song I’d ever heard Martin sing which was at a charity event for Macmillan Cancer in memory of my Dad. I remember hearing it and thinking “WOW, what a voice and what a fabulous song!” That song captivated me and I knew there and then that I wanted Martin to perform that same song for this Christmas Issue.

And perform it he did - brilliantly!!! So now it’s time for you to head on over to Fashion Feast to witness this amazing singer for yourself. Ladies and gentleman, I present you, Martin Broad. Take it away Martin!.