In The Spotlight - Animal Protection Services

Do you have an amazing business to showcase or an incredible story to tell?

Founded in 2019, we undertake intelligence-driven investigations, with the goal of presenting verifiable and credible first-hand evidence of animal welfare criminality.

We work in the field and in the courtroom to get justice and to advance the interests of animals.

We identify high-level suspects through intelligence analysis and by sharing intelligence with partner organisations.

We have an experienced Intelligence Development Unit that consists of intelligence analysts and researchers.

We rescue animals from cruel and abusive situations ensuring that animals are protected from harm and given a second chance.

Like many charities, regulators, and non-departmental government bodies, Animal Protection Services prosecutes as a private prosecutor under the powers afforded in section 6(1) of the Prosecution of Offences Act 1985.

Here are some of our current successes. 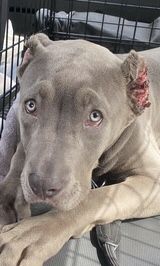 Nylah ~ Poor Nylah was a 3-month-old puppy when APS took her into their care. She had her ears illegally cropped and they became infected, some stitching was even left in one ear. Her owner was too scared to take her to the vet so kept her indoors for 5 weeks with no medical treatment. Luckily following an anonymous tip off, APS were able to track Nylah down and convince her owner to relinquish ownership. Nylah was rushed to the emergency vet immediately where she began a course of antibiotics and pain relief. Nylah is now being looked after and trained in her foster home until she is ready to be adopted. Her former owner will appear in court later this year. 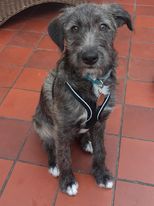 Bramble and Casper ~ These gorgeous puppies were illegally smuggled into the UK from a puppy farm in Ireland. When found by investigators they were severely dehydrated, scared and infected with worms. After receiving veterinary treatment and time in their foster placement, they have both now been adopted to loving homes. 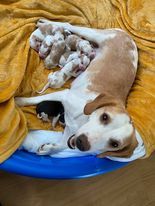 Daisy and puppies ~ Sweet-natured Daisy was rescued from an illegal puppy farm. She was kept in an outside kennel and repeatedly bred from. She was injected with hormones so her body was ready to produce her next litter much earlier than it would naturally. Daisy was an extremely nervous lady, she was hand shy and wouldn’t make eye contact. It took a long time for her to learn to trust people again. We can only imagine how she must have been treated previously. Soon after Daisy arrived at her foster placement, she gave birth to a litter of seven beautiful puppies. After much care and nurturing Daisy and puppies were adopted to new homes. Daisy’s new owners also adopted one of her puppies so she will get to see him growing up too. She will never have to worry about being locked in a dirty, cold kennel and used to make money from her puppies again. She is now enjoying a life in retirement.