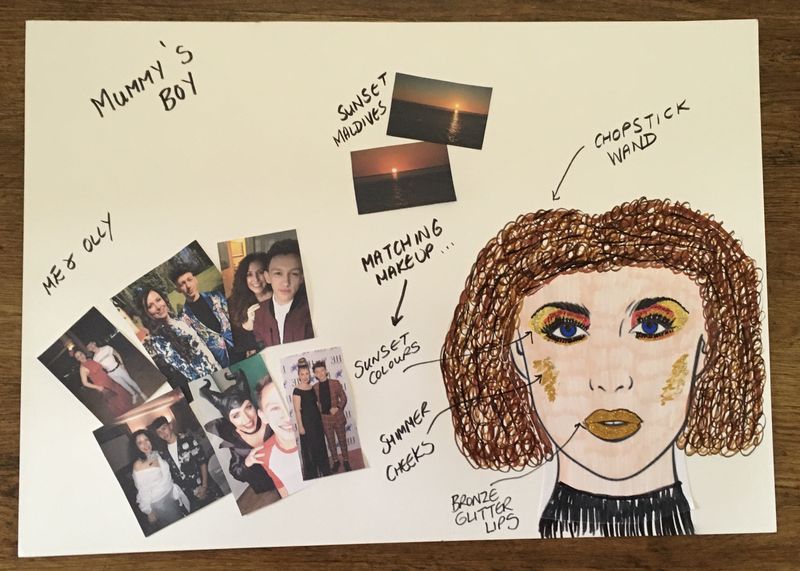 This photoshoot is a celebration of my son Olly.

Olly came home a week before the lockdown began, when Urdang decided to close. His end of year show - which was to be attended by industry agents - was cancelled, as was his graduation ceremony.

The industry which he wanted to go into was closed down and remains closed for the foreseeable future.

What he did do was make a kick-ass showreel to highlight his best moments, and sent it off to all the top agencies - lo and behold, in came the offers, and he was snapped up!

Meanwhile, at the magazine we were unable to do our photo shoots without our fabulous makeup artist Beth, so Olly was called up to do his duty, quickly learning how to apply makeup, including SFX makeup.

It was a tall order, but being a chip off the old block, he rose to the challenge and, like everything else in his life, he excelled at it!

Month after month, he took the visions from my mood board and brought them to life.

During lockdown, he received the call he’d been waiting for, saying that he had passed his degree at Urdang and needed to be back in London pronto, to resume his life there.

With one more photo shoot left to do, I felt this needed to be dedicated to him, to celebrate what a talented and special young man he is.

Olly is beautiful both inside and out. Like me, he is happy go lucky most of the time, and not much gets him down. He is the life and soul of any party and loves to laugh, has a wicked sense of humour and loves to play practical jokes! You can talk to him about anything and he’s got a great shoulder to cry on.

When Olly comes home, it’s like a tornado has hit the house! The volume is permanently on maximum and he wants to do everything at a hundred miles an hour.

Chaos and creativity reign, and the house becomes party central. My talented son is loud, funny, sometimes a diva, a fully qualified drama queen, very demanding, but oh so loving and caring. I wouldn't want him any other way!

For this final lockdown shoot, with Olly on the makeup brushes, I chose a sunset colour palette; with the sun now setting on his time here with us in South Wales, the time had come for him to spread his wings, and to start living the life he had worked so hard for in London.

It was a photoshoot with no special effects, no props, no special outfits, no over-the-top outrageous makeup; just mother and son, and a little bit of glam... 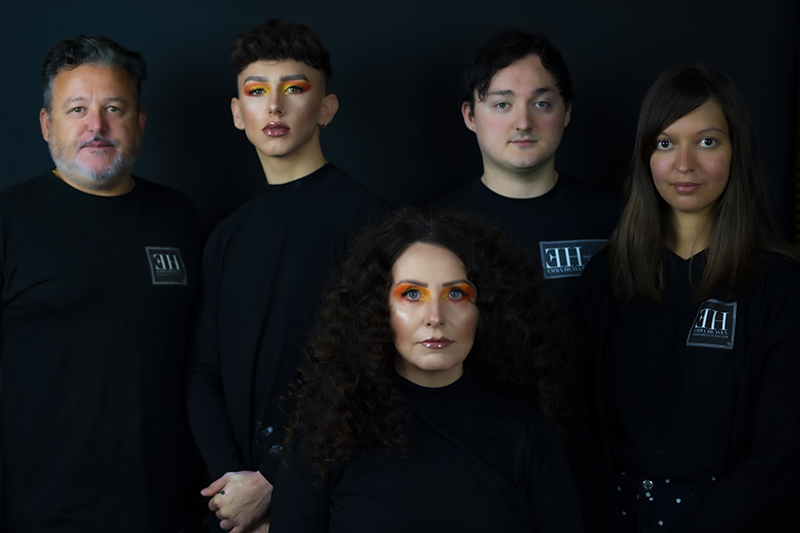 “And now we invite you behind the scenes to see this month’s shoot: Mummy’s Boy.”

‘The bond between mother and son lasts a lifetime’...