In The Spotlight - Donna Drewson: Grant A Wish Wales 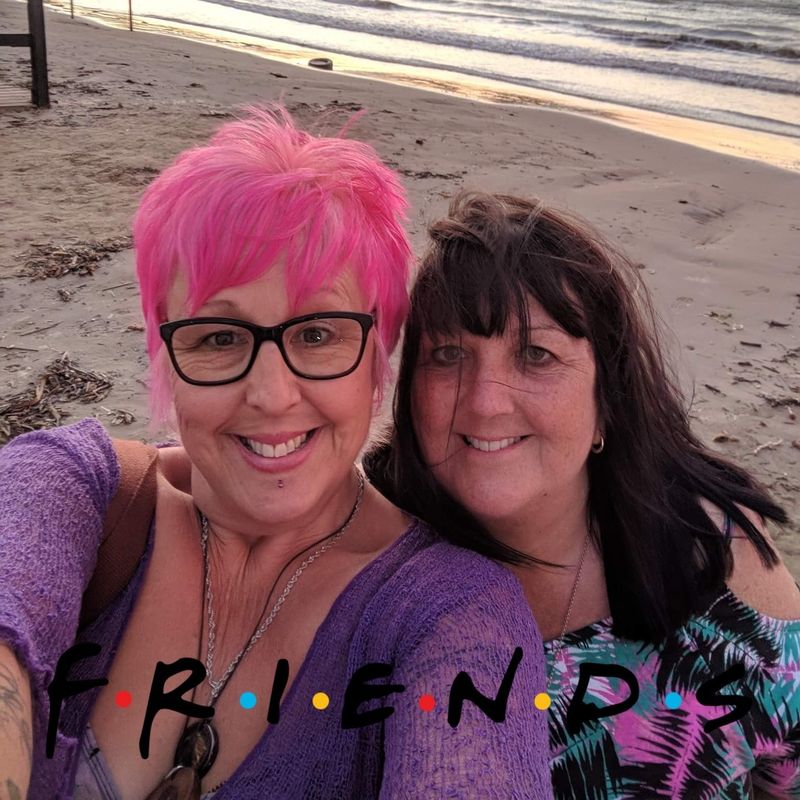 Sadly, last month, The LWA lost one of our beloved audience regulars, and founding member of ‘The Naughty Table’, Donna Drewson.

Donna was the life and soul of the party, with a wicked sense of humour and an extremely kind heart. Although she is no longer with us, with her unique sense of fun, Donna will never be forgotten, especially by her best friend, Joolz Raven Stewart, who recently set up a foundation in Donna’s name.

Joolz is the owner of Raven’s Retreat, which we featured here a few months ago. Here is Joolz with a quick recap on who she is, and to tell you more about the Donna Drewson: Grant A Wish foundation.

“I’m Joolz Raven Stewart. I run Ravens Retreat, Therapies & Workshops. I am a Soul Midwife (aka end of life companion).

Put simply, my work is voluntary, with no charge, apart from expenses. This is mainly because I would hate to think that someone who has a terminal diagnosis might think they wouldn’t be able to afford a soul midwife.

So what do we do? Well from the diagnosis onwards, I am there to help you take back control. 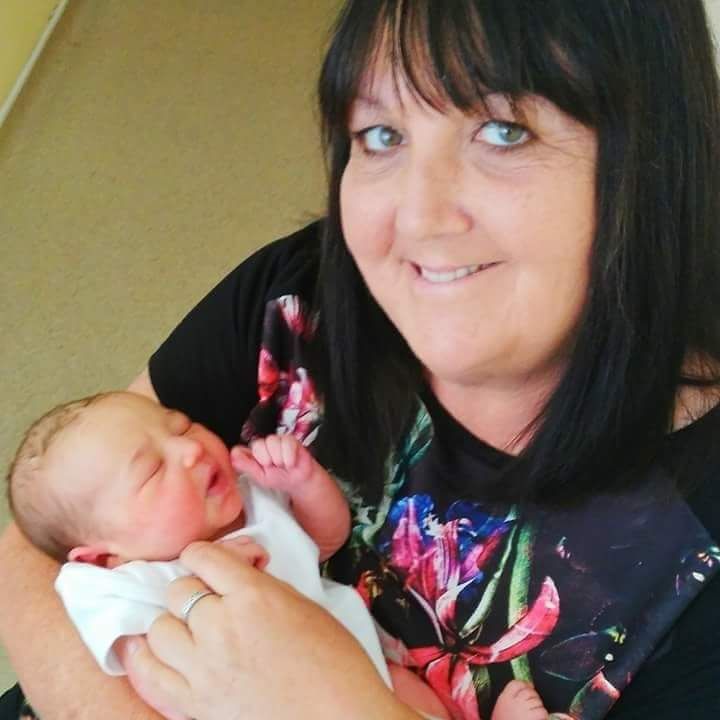 Lots of people ask if this is a sad job, or how do I do it?

Another string to add to Ravens Retreat ‘bow’, will be Donna Drewson: Grant A Wish Wales.

She was my best friend, and some of you may know her as she was a regular at The Ladies With Attitude.

Where and how do I start to do her story justice?

Donna was diagnosed with cancer 18 months ago after complaining of back pain for over a year to her G.P. Eventually, she was admitted to hospital with an unexplained high temperature and infection. As I held her hand she looked at me and asked, “what if it’s cancer?” “Then we will deal with it” was the only answer I had.

Donna was diagnosed with cancer in the breast, liver, spine and pelvis. Understandably, she had a meltdown when there was no one else around. then asked “will you be my soul midwife; and will you look out for Sarah and Richard?”

I held her hand and we began the journey. 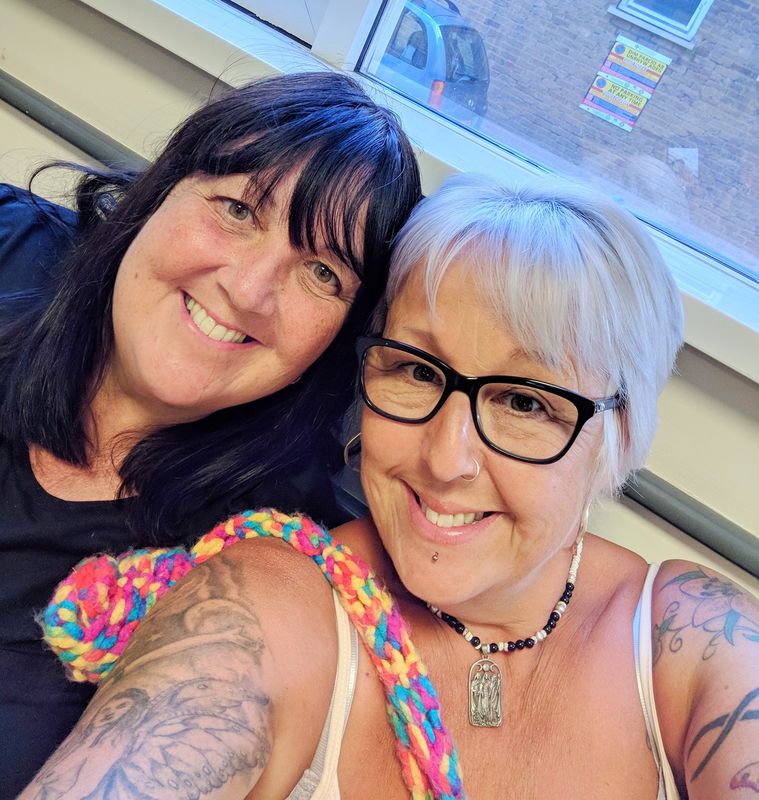 To say she was amazing, strong, inspiring - a true warrior - doesn’t seem enough. She was all that and so much more!

Donna began her ‘just in case list’ on the back of a Weetabix box as we drove to Barry Island, near Cardiff, for a day out.

We sat on the wall with a bag of chips like Nessa and Stacey (from the TV comedy programme Gavin and Stacey) and wrote down how she wanted things - everything was about her children.

Now my job was hard. If love alone could have stopped her from leaving, she would still be sitting here. right beside me.

She had chemotherapy which went well, and would still, amazingly, be up every morning, on the beach with her other favourite ‘child’, Honey the dog.

Despite everything going on in her own life, Donna would be out collecting clothes and food for Swansea’s homeless community; and at Christmas she dressed up as an elf at the Brangwyn Hall, to serve dinners to the homeless with a big smile on her face. She loved it. “They are someone’s son or daughter”, she would say. “There is always someone worse off” was her motto.

The following year her oncologist told us that her cancer markers were back up; she was given hormone treatment, which didn’t work. She started to consider stopping all treatment as her quality not quantity of life was so important to her.

Donna joined me as part of a Swansea-based creatives, poetry group, ‘Poets on the Hill’, where she wrote an amazing poem called Time, which has inspired others.

She swore me to secrecy, never to tell her children or family how bad things were. It was a hard secret to carry, but I respected her decision completely.

A shaft of light and hope appeared on 28th September 2017, when her daughter Sarah, and my son Michael, announced that they were expecting a baby.

We were both thrilled. Suddenly that fighting spark was back, as she was utterly determined to see this baby born - her first grandchild.

Donna agreed to oral chemotherapy. As Christmas went by, I watched in amazement as she fussed over Sarah and Mike, ordering things for the baby, pram shopping and marvelling at a 4D scan of the baby. 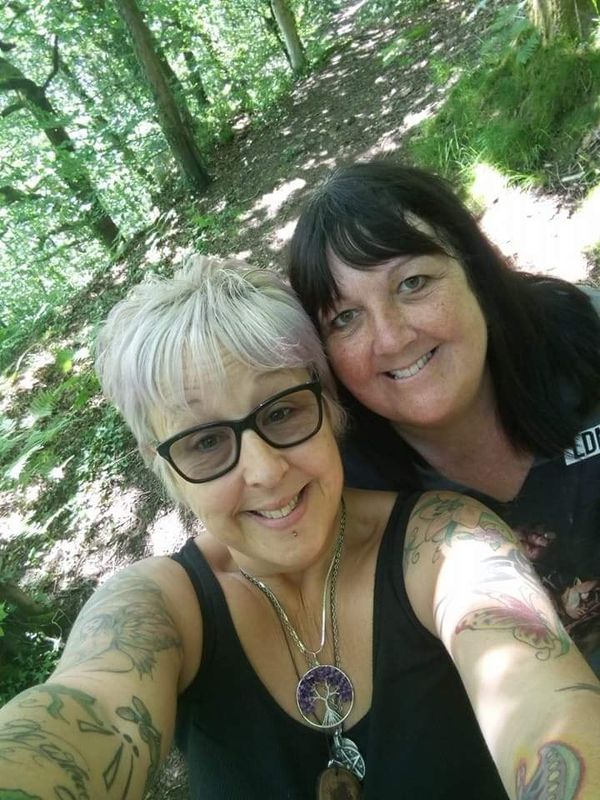 All the while I was taking lots of photos as Donna wanted plenty of ‘just in case’ memories for her grandchild, which we now knew would be a girl, and Donna glowed.

Her granddaughter was born in June this year. Donna and I stayed at the hospital with Sarah and Mike. I had never seen her so happy as she cradled Emilia Willow in her arms. I hid behind my camera taking endless photos of precious memories. Donna was affectionately named ‘Nanna Ness’ by her daughter Sarah.

Throughout this period, no one other than Donna and I knew of the prognosis that she had now outlived.

Donna carried on with her plans, looking for a home to buy as she was in rented accommodation and knew that her son would lose his home (and tenancy) when she died. She found a house in Swansea, which ticked all the boxes for her lad Richard and they moved in. “I can relax now I know they will both be okay”. I prayed she wouldn’t stop fighting.

We had a holiday booked for Corfu. It was somewhere she had always wanted to visit, where her favourite book ‘My Family And Other Animals’ was set.

Whilst there she started to complain of back pain, which we knew was her liver; the oral chemotherapy she had agreed to try wasn’t working.

We explored the island, visiting somewhere new every day. We went on boat trips, sunbathed, drank cocktails, laughed while we lay on the bed at night talking, and putting the final part to her ‘just in case list’ together.

I promised to love our granddaughter enough for us both; to take her camping; to look at the stars; to teach her all that I know, and to tell her all about her two grandmothers’ adventures.

I promised to look out for Sarah and Richard. I promised not to leave her and to be there with her, holding her when she left.

I honoured these promises with a broken heart.

She in turn promised to come back and see me in a particular place, to always be around me. 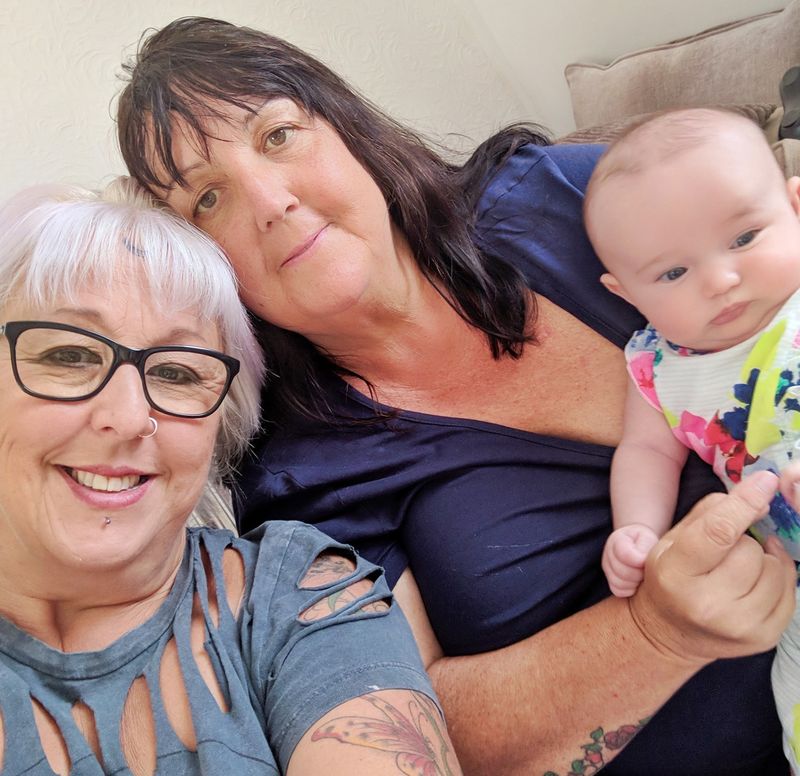 And now the world is missing my warrior friend, who fought fearlessly until the end, always thinking of others.

I knew I had to do something in her honour and memory, to keep up her good work, and so ‘Donna Drewson: Grant A Wish Wales’ was born.

Donna had bought us tickets to see Boy George later this year, so I rang the Make A Wish foundation to see if there was any way we could get backstage passes to meet Boy George, not realising that they only grant wishes to children.

I was given the number of a lady with a similar foundation in England who said she would try to help, and even managed to speak to Boy George’s management team.

Sadly, Donna didn’t make it to see the concert, and we said goodbye last week in true Donna style with a rainbow hearse, vodka shots, a barn dance ‘Gavin and Stacey’ style around her coffin, with over 300 people filling out the church.

Oh and did I mention the party and karaoke afterwards was hosted by drag queen Joanna Bumme?! Donna went out of this world the way she lived in it - with love, laughter and fun.

And now, just as Donna would have liked, we are compiling a list of wish granters and wish finders.

What we need are:

How will it work?

Anyone with a life limiting or end of life diagnosis in Wales who would like a wish granting - we are hoping to be the ones to do it.

All in Donna’s name. We hope to be as amazing as she was, but Donna my friend you set the bar really high.”

Ladies and gents, if you can help Joolz in any way, please get in touch via the following links:
No matter how big or small - every little helps.