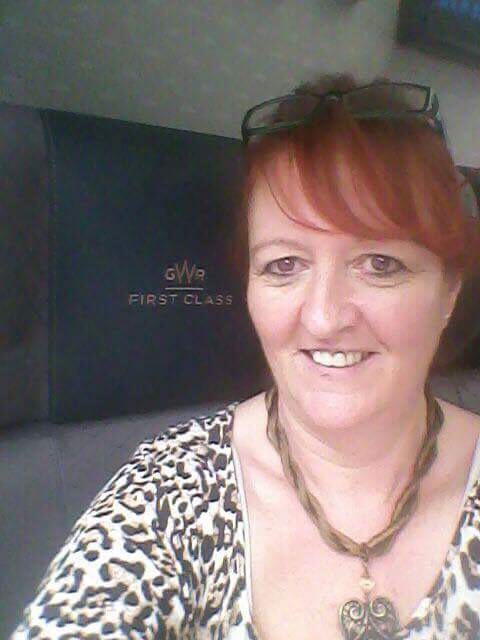 I first met Llywela when we worked for Virgin Cosmetics many moons ago. We had both earned our place on an incentive trip to Dubai where we became roommates and friends, quickly discovering that we could talk for Britain!

When I left Virgin we kind of lost touch as life took us both in different directions but when I met up with Llywela recently, there was one thing that had NOT changed - we can still talk for Britain!

So armed with recording device (I didn’t want to forget anything); and tea being drip fed, I sat back and listened as Llywela took us on a trip down memory lane and filling me in on everything that had happened since we last saw each other. 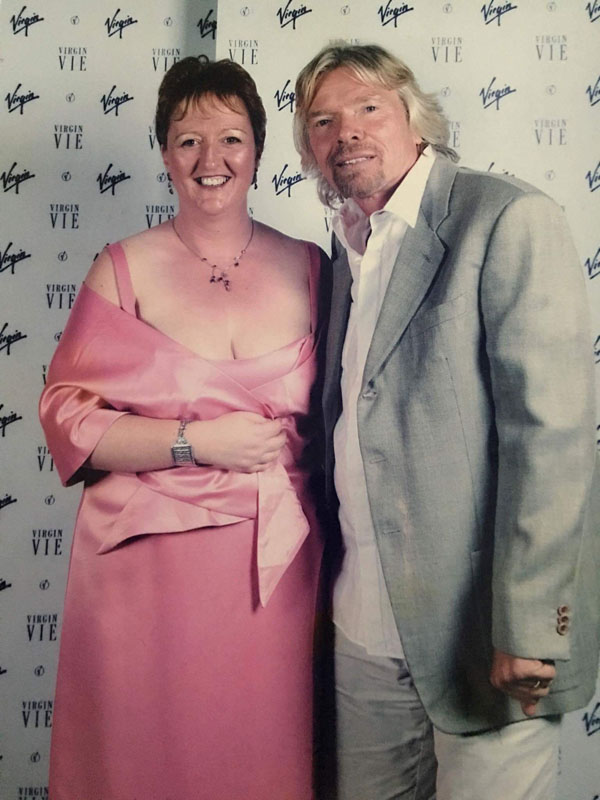 “I was in the slimming industry when a colleague invited me to a Virgin Cosmetics party. When I arrived at the party there was a picture of Richard Branson on the table. I asked the Virgin consultant - if I joined the company, what were the chances of meeting him? Six months later I was at his house! I met him many more times over the next 10 years and travelled the world with five star trips to Dubai, Thailand, America and Hong Kong to name but a few.

I was on top of my game, making sure I won everything that was on offer and earning fabulous money along the way. Virgin was my whole life, I got up every morning and went to work. My children were all grown up and no longer needed me and so I threw myself into work - it was my passion - and then one day my bubble burst - it was all over - just like that - finito - the end - the company was gone!

I was absolutely devastated and didn’t know quite what to do with myself. 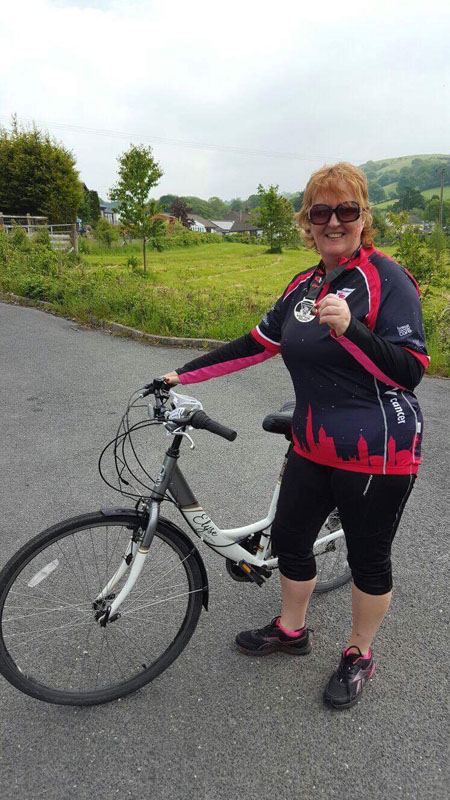 Eventually I picked myself up and started my own slimming club with one small class a week in Llandeilo. That ended up being so successful that I soon opened up another class and then another and now I have a total of five classes and it just keeps on growing with members losing a staggering 150 stone between them last year alone!

Life was pretty good until 2015 when five days before my birthday I found myself sitting in Llanelli Hospital as I had found a lump in my breast. I had a biopsy - not from the lump I found but the lump they found behind it. And that was that!

I was off on holiday to Scotland for my 50th birthday not giving it a second thought, even when I returned and went for my appointment. They sat me down and told me the biopsy results were back and that I had cancer. I asked what stage and they said stage one and I said “oh there we are then - ok - where do we go from here?” No tears - let’s get on with it. Had it been stage four that would have been a different story!

For the next 45 minutes apparently all I talked about was how I was going to deal with work not the cancer and how I felt about it! I suppose it was just a case of you never think it’s going to happen to you and when it does you don’t quite believe it is happening. It’s like an out of body experience and you just go on automatic pilot, thinking I’m fine as long as the kids are fine, I’ll be fine. 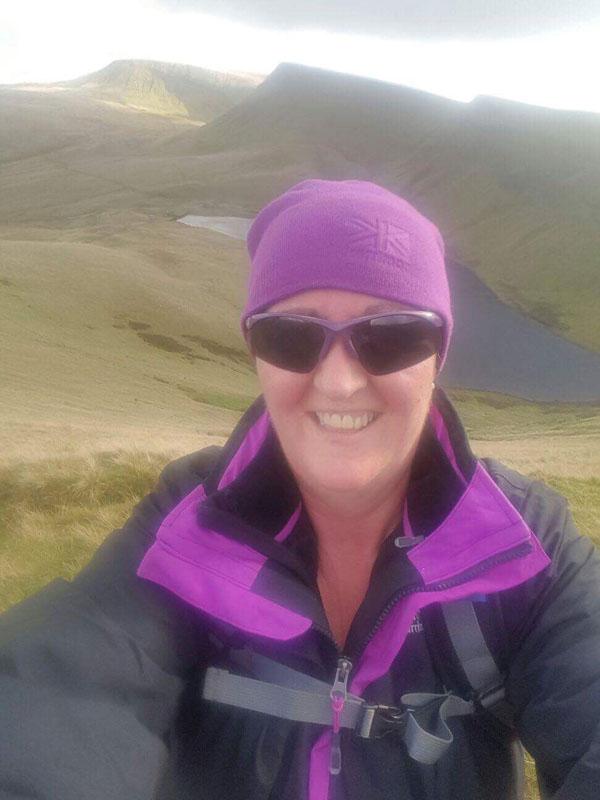 I went to work that night and told my members that that would be the last weigh in for now, until I was better.

Within two weeks I was in hospital, had the operation (this was the one of the only time I cried as I had to have my fake nails taken off!), and was back home the following day where I had six weeks, no driving - confined to barracks where the boredom nearly killed me!

One day whilst browsing the internet I came across a 100K bike ride in London and registered for it, roping my friend in as well.

I had six weeks of radiotherapy which was draining and when that was finished I was back at the nail bar, having my nails put back on!

With life and me getting back to normal it was time to start training for the bike ride and to return to my slimming class. 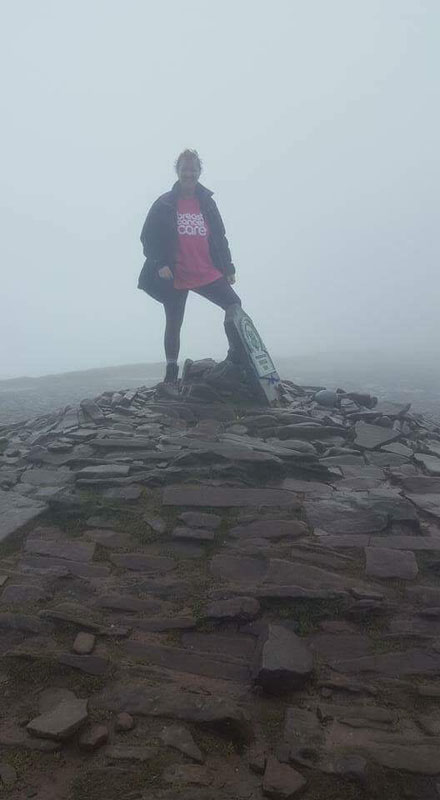 A month down the line and I was feeling quite low as there was no support. Then I found out about an open cancer day in Llanelli which opened every door possible. I got involved with MacMillan and The Old Mill Foundation where I was educated about changing my diet to suit my medication and also about the types of products I used like shampoos and bubble baths etc. They all needed to be changed.

I was told there were a few companies where I could get my cosmetics from and one of them was Tropic Skincare. Two years previously I was asked to join Tropic as an ambassador, but at the time it wasn’t for me as I didn’t understand the ethics behind the brand. It was vegan friendly and I was a farmer’s daughter who ate loads of meat! But lo and behold two years on, I needed them!

I started using the products, fell in love with them and decided to join the company and now I’m back in the game - smashing my first sales target in a quarter of the time set! When I joined Tropic Skincare, my first question was - what are the chances of me meeting Lord Sugar? (who co-owns Tropic). I actually get to meet him this March! 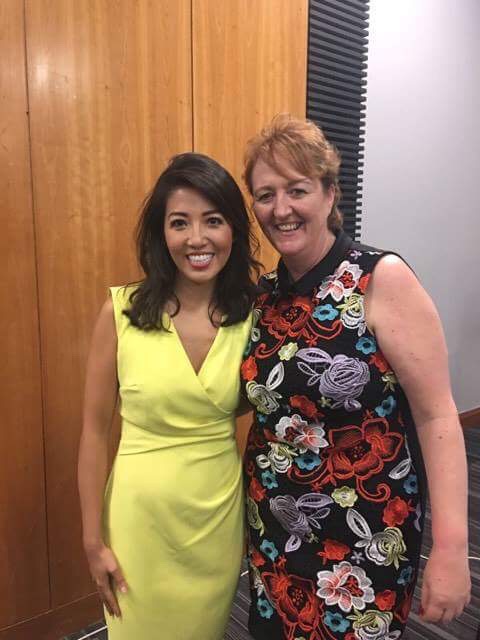 I feel like I’m with my old family as a lot of the Virgin Cosmetics consultants are now ambassadors with Tropic Skincare but the products are very different. At Tropic they are all natural and I have to be careful what I put on my body.

So it’s a win win situation for me as I’ve found products that I can use which I get discount on AND I am also earning money by becoming an ambassador. I have found a company which brings me the joy I used to feel while working for Virgin and opportunities to win many prizes including incentive trips abroad.

I’ve got my mojo back. So look out Tropic - Llywela Jones is here to conquer. Plus I smashed the 100K bike ride!

Now I’m on a mission to become a Tropic Skincare manager for Wales and build a fabulous team of ambassadors. This fits in nicely with my slimming clubs.”

Tropic Skincare is an up and coming business owned by Lord Alan Sugar and Susan Ma. After appearing on BBC’s The Apprentice in 2011, Susan was given the opportunity to present her passion and vision for natural and cruelty-free skincare to Lord Sugar who was so impressed by the products, that he invested to become a 50/50 partner.

Their mission is to empower people all over the country and provide them with means to start their very own beauty business with Tropic, earning their dream salary on their own terms.

Susan Ma’s love for developing natural beauty remedies stems from her upbringing and life in Australia, where she was surrounded by the amazing plants and botanical actives that inspire many of Tropic’s formulations today.

Tropic’s amazing family continues to grow with 5,000 Ambassadors to date, and today celebrate over 70 stunning products in their range with more than £9 million being paid out in commission to date.

Does this sound like something that you would like to be a part of?
If it is then get in touch with Llywela and she can answer all your questions to help you get your Tropic Skincare business up and running.

You can contact Llywela on 01558 685911/07855 867553. Email: This email address is being protected from spambots. You need JavaScript enabled to view it..
www.tropicskincare.co.uk/shop/llywelajones to buy products, book a pamper experience or find out about becoming an ambassador.

Llywela volunteers for Breast Cancer Care Cymru and helps out at support groups. She’s clear of cancer (regular checks ups are now a regular part of her life); and fitter than she’s ever been. And the world’s her oyster.

It’s been amazing to catch up with her and we promise to keep in touch this time around and she left me with the most fabulous zinger of a one liner I think I’ve ever heard!

Llywela Jones - a name and a lady you certainly don’t forget easily. You legend!