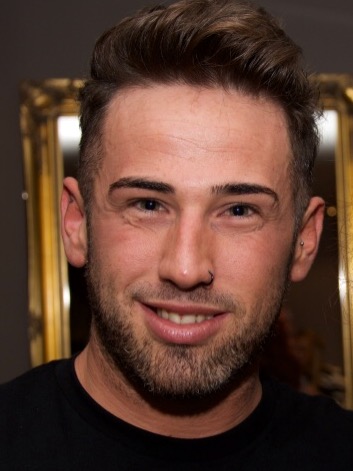 Kris Brown was 15 years old when he fell into hairdressing. His sister-in-law - who was a hairdresser - would ask the young Kris to help style the back of her hair, as she couldn’t quite reach it. She loved what Kris created and he really enjoyed helping her. Which prompted him to try his (scissor) hands at hairdressing himself.

He began his training at Visage in Swansea. Where he stayed a year, learning how to colour and blowdry.

He moved on to Headmasters in Swansea where he boosted his skills, completing many colourist courses to add to his growing repertoire; before going on to qualify as a hairdresser.

Now a fully-fledged stylist, Kris moved to Scissor Sisters, Swansea where he remained for eight years, building his client base and reputation. He was very much in demand; this lead to him thinking of branching out on his own. And so the seed was sown! Kris wanted his own salon, so he worked hard and saved hard; and set about finding some small premises to start out.

While on a flight to Las Vegas and browsing the in-flight magazines, Kris came across an advert for a hair salon called Pimps and Pinups. He really loved the name and thought it was memorable - so he played around with it until he came up with ‘Pimped Up Pins’.

And so, like a well-cut bob, this unique salon started to take shape.

When Kris started out at Headmasters, another talented young man was embarking upon his hairdressing career too - Dann Williams.

Dann had been working in a pub after completing a course in Performing Arts. The prospect of working in a pub for the rest of his life held little appeal. On nights out he would style his friends’ hair which he loved. This gave him the idea and impetus to move into hairdressing.

A family friend had a salon and offered Dann an apprenticeship. This is where he met Kris. They clicked straight away after discovering a shared sense of humour; and so a lifelong friendship was born. Such is the the strength of their friendship, whenever and wherever Kris went to another salon, Dann would follow.

When Kris went to open Pimped Up Pins, by his own admission, Dann the self-confessed stalker, “threw himself on Kris”, even offering to work for free until they built the business up enough for Kris to pay him. Dann knew the salon would be successful. He believed in Kris - his talent - his work ethic - and decided it was a risk well worth taking.

This is one of the elements which makes Pimped Up Pins the salon it is - the staff are AMAZING!

So first came Dann, followed by Faye, who met Kris in Visage. Joining them were Hayley, Kayleigh, Stacey, Ellie. And last but not least to join this talented team was Hilary, who has been styling my hair for the last five years. Half a lifetime in ‘hairdressing years’!

With this many staff and clients streaming through the doors, Kris needed to find larger premises. He found a great building which was renovated and turned into the fabulous, ‘all singing and dancing’ salon Pimped Up Pins, in Treboeth, Swansea.

The one thing I love about the salon is although it is five times the size of the old salon - it still retains the eclectic, electric party atmosphere I first fell in love with - where you feel welcome - where you can relax - where everyone is friendly and chats with each other - where you get star treatment - where you come out looking AND feeling fabulous!

The unique team at Pimped Up Pins work hard and play hard! They are creative and truly on top of cutting-edge trends (forgive the pun...). When new products and techniques come onto the market, Kris sends his team on the relevant courses so that they have every skill under their belt.

The team range in age from 15 - 50, so there is someone to suit everyone, and they provide the whole package - a fun and fabulous experience. The anti-climax is when it’s time to leave and go home - you kind of want to stay and go out for drinks and party with them!

So back to Kris who says he honestly never expected all this to happen. When he was in school he thought he’d become a plumber (unbelievably)! But he has gone on to create a fabulous business.

Highlights include winning the Swansea & Guild hairdresser of the year - TWICE!
Being the stylist on MTV’s “The Valleys” (even doing their hair for the National Television Awards). And his best moment - having Shania Twain sit on his lap at Caesars Palace, Las Vegas - and serenade him! It doesn’t get much better!

Kris is determined and driven. In the last two years he has lost a remarkable six stone in weight, training hard to maintain his fabulous physique. He has plans to open more hair salons in the future.

I love that he is still ‘gobsmacked’ when he pulls up outside the salon and sees his name - it still hasn’t sunk in!

Well it’s yours Kris Brown. All yours. It’s amazing - and with hard work and the fabulous team you have working with you - anything and everything is possible.

If you want to experience this fabulous salon and its amazing staff - then boy do I have a treat for you.

I guarantee you will look and feel amazing. And yes - you and your locks will thank me for it! 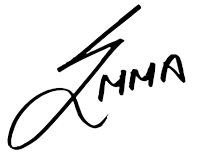 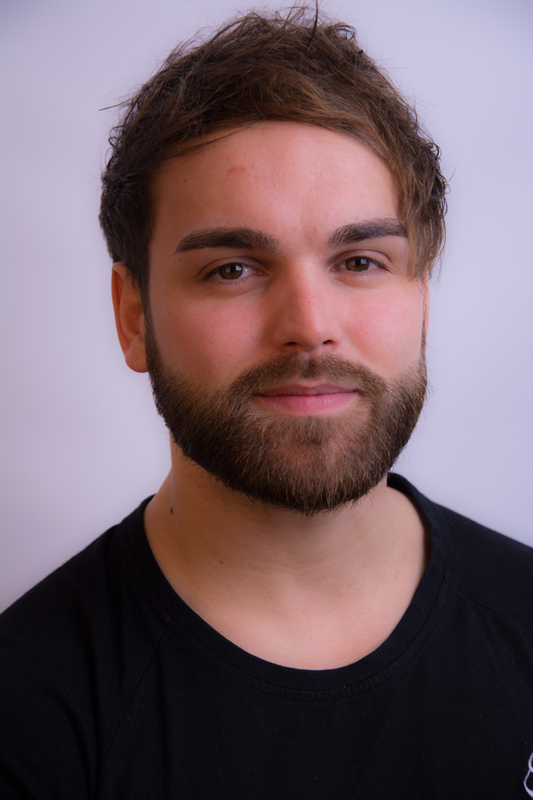 Growing up, Lloyd Scoulding was like any other little boy - into football, training, playing matches, where he was goalkeeper (even though everyone would tell him he was too small)!

At the age of 16 he was still playing football and collecting glasses at Bar 7 in Wind Street Swansea, while teaching himself how to DJ.

Opportunity knocked one night when the bar was empty. The manager told him to grab his DJ gear and have a go - he not only attracted people into the bar - he got them to stay and party. Lloyd was so impressive, he earned a weekly residency there. Football went out of the window to be swiftly replaced with DJing. MODAA was born!

Gaining in popularity, Lloyd landed residencies in all the top bars and clubs in Swansea where he reigned supreme.

This attracted promoters and led to a record deal with Pukka Records, and DJing the party boat in Ibiza.

It wasn’t a difficult decision for Lloyd, who at the time was working in a call centre. His mother encouraged him to go for it - it was now or never and he had nothing to lose. And he has never looked back!

His first season in Ibiza went down a storm. As Lloyd says - he was living the dream - he’s in Ibiza - being paid to party - lots of female attention - days lounging around the pool in the sun - the list goes on and on!

Lloyd told me lots of stories about his first season in Ibiza - tales of tattoos, bottoms(!) and being caught in his birthday suit - unfortunately most were too naughty to repeat here! After that first successful season in Ibiza he returned to Swansea where he was welcomed back to all the bars and clubs.

He repeated the cycle the following year playing the boats, clubs such as Amnesia and Pacha and the famous Ocean Club. One memorable boat party for Lloyd was when the boat was hit by bad weather - the sea became rough and choppy - the sky turned grey - and gradually, so did the party-loving crowd - as the wind picked up and the sea became rougher the boat started swaying.

It wasn’t long before everybody was hanging over the side of the boat - including Lloyd. His decks weren’t the only thing spinning! Or as Lloyd describes it, “it was carnage!” By the time they docked everyone looked (ship) wrecked having started out looking oh so good! It was certainly a party to remember if not for all the usual reasons - and they were far worse off than if they’d been hungover!

After starting to get more gigs outside of Swansea, Lloyd returned to Ibiza in 2015 for his third season.

This was to be Lloyd’s year where he moved into the big league. Stardom beckoned when he won the ibizaclubbingguide.com award for the ‘Grassroots DJ Newcomer’. This award was voted for by the public. Lloyd absolutely stormed it! He said the support he received was overwhelming and the people who ran the competition had never received so many votes before.

This has without a doubt opened many doors for Lloyd.

He returned to Swansea triumphant, landing some fabulous gigs in Ireland, Germany and he even played Zero Gravity at Jumeirah Beach in Dubai.

However for Lloyd his ultimate gig has been to play the main room at Ministry of Sound. This was a goal Lloyd had set himself at the beginning of his career - and he has already achieved it! Reminiscing about the gig Lloyd said it was only after watching the footage from the night was he able to take it all in. He opened the room. After a few deep breaths he played his first record. In no time at all, the room was packed to the rafters with people partying hard!

Lloyd says he does now try to relax, to enjoy it more and take in the atmosphere so he can remember how amazing it all feels - getting carried away with the music and the crowd - even jumping up on the decks (which doesn’t always make him popular with the venue!)

I ask Lloyd what the dream is? Does he see himself as the next David Guetta or Calvin Harris?

He visualises himself playing to thousands of people in massive arenas, traveling the world, which he has already had a taste of. Having stormed and conquered his hometown and Ibiza, this year he plans to concentrate on his music to get some good releases and radio airtime - primarily aiming for Radio 1 - building his profile, hopefully touring worldwide (MODAA Tour) and attracting more promoters.

Lloyd plans to get out of his comfort zone and become the next big DJ - playing in America, especially Omnia, a huge club in Las Vegas. He loves entertaining people - he thrives on the creativity - and the music is his passion.